The 2022 edition of the BreakOut West Festival & Conference will be hosted in person next week, September 29-October 1, in Calgary. This will mark the 20th anniversary of the largest music industry event in Western Canada, which includes an immersive, music development conference and music festival hosted by the Western Canadian Music Alliance. For the full schedule of events & to get registered click here.

CIMA is excited to be partnering with BreakOut West this year for its first inbound trade mission of Nordic delegates to Canada. The 10 invited delegates will travel from Nordic territories that include Sweden, Norway, Denmark, Copenhagen & Iceland to Calgary to participate in the conference and meet with Canadian industry participants through meetings, one on one pitch sessions, networking receptions, panels, information sessions and more.

CIMA will be supporting two sessions during the conference. Read more about them below:

About: BreakOut West is your portal from the west to the rest of the world. As territories open up again to showcasing and travel, now is a great time to learn the ins and outs of the most vibrant export markets for Canadian music. Meet the Great Danes at BreakOut West! In collaboration with CIMA and Nordic Bridges, we are pleased to bring a selection of delegates from across the Nordic territories. This year we are focusing on Denmark, the small but mighty peninsula that bridges Germany to Sweden. It’s beautiful, vibrant, historic, and a burgeoning import market for music.

Get to know the Nordic Delegation: 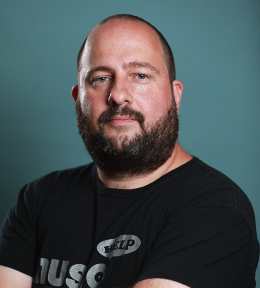 Peter Åstedt has been working in the music industry for over 30 years. He started his own record label, Dead Frog Records, at the age of fifteen in 1990. Over the years he has started several companies in different fields in the music industry like PR, Publishing, Distribution, Sync placements, Management, Festivals, and Artist Development. Today he oversees several of the departments on Musichelp which is an umbrella company of different companies in the music industry. Peter has also been involved in working to structure cities to become music cities. He has worked with five of the top twenty most-streamed songs in the world. He writes the popular music blog that is also published in Cashbox Magazine Canada and Record World International. He is also part owner of Cashbox Radio an international online radio station. He is now a booker and curator on Sweden’s new showcase festival Future Echoes. 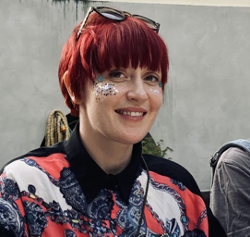 Sofie Søndervik Sæther is an organizer, musician, film maker and deeply commited activist dedicated to breaking down barriers to equal participation in the arts. As the program director of JM Norway (Jeunesses Musicales International), she has a platform to develop and lead a wide range of projects aimed at strengthening diversity and equality within the music sector - with an emphasis on the next generation of performers, audiences and organizers. As a musician she has released two albums and toured internationally with her band Level & Tyson, and is currently active in the drag performance group Deathman.

Maria Theessink is the artistic director at Tønder Festival in Denmark. Tønder Festival is one of Europe´s most respected roots and folk festivals since decades. The Festival is situated just across the German border and is always last full weekend of August.

Roots & Jazz is an urban festival set in the heart of Copenhagen at the idyllic Balders Plads. We present the roots of jazz as well as the funky sidesteps – where the soul has found new homes. We focus on providing an excellent audience experience. We live to present excellent bands with beating heats and authenticity. Great music is still the one thing that truly saves lives… 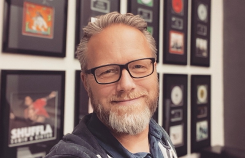 Frontrunner Music Publishing is a small but strong boutique publisher with internationally established songwriters and producers. The company has its own exclusive writers but also work with administration and pitching and creative advisory, for songwriters with their own publishing companies, such as Wrethov Music and Andreas Stone Music. Anderz Wrethov and Andreas Stone Johansson co-wrote the Top 5 entry, John Lundvik ”Too late for love”, for the 2019 Eurovision Song Contest. Anderz Wrethov also cowrote the huge European hit ”Fuego” with Eleni Foureira who was No 2 in the 2018 ESC. Both writers have successful national and international careers. - Experience Thomas Wallén has during over 25 years worked as A&R with songwriters like Andreas Stone Johansson, Anderz Wrethov, Laurell Barker, Simon Janlöv, Matt Wong, David Fremberg, Anders Grahn, Daniel Gildenlow, Erik Lidbom, Caroline Gustavsson, Kanata Okajima etc whose combined songs has sold millions of CDs as well as hundreds of million of streams for national and international artists such as John Lundvik (SE), Samir & Viktor (SE), Andreas Johnson (SE), Molly Sandén (SE), Måns Zelmerlöw (SE), Hasse Andersson (SE), Carlito (SE), Ingrid Andress (US), Arashi (JP), Kat Tun (JP), Exile (JP), Shinee (KOR), EXO (KOR), OH MY GIRL (KOR), Sweet California (SP), All4One (US), Hayley Kyoko (US), Moya (UK), Raylee (NO), Margaret (PL), Rebecca Ferguson (UK) etc. - Biography Thomas started his career as a musician and songwriter but in ’94 he started working as an A&R on a freelance basis and started out working with rock and metal bands as this was the profile of the company. Band such as Pain of Salvation (Daniel Gildenlow), Majestic, Captor etc was some of the bands he worked with during the 90’ies and early 2000. Also the band Subculture whose singer and songwriter was a young Nadir Khayat (Red One). By 2001 the first steps on the publishing side was made towards pop music by the signing of the first exclusive songwriter, Anderz Wrethov. Shortly after that, they got their first hit with a domestic release through Universal with the young pop artist Sofie, and then the publishing roster started to grow. By 2007 we started a collaboration with Japanese and South Korean publishing companies who just recently started looking for international songwriters and producers, to start working with their most successful domestic boybands like Arashi, Kat Tun and TVXQ and that’s when the publishing really hit it off, and we were one of the pioneers in the phenomena that today is well established. -“Nowdays it’s very common that western songwriters and producers work within J-pop and K-pop, and to be one of the chosen few pioneers of such a phenomena within the publishing community I am extremely proud of.”. 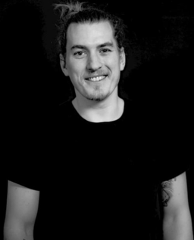 A music industry professional for 15 years, Christian now heads the publishing department of Danish independent GL Music - a Copenhagen music business representing more than 500,000 copyrights in the Nordic, offices in Copenhagen and Stockholm and 15 studios at its Copenhagen office. Christian oversees a 5 man publishing team across admin, A&R and sync, and is the point person for the overall publishing business for both represented catalogues and affiliated partners. 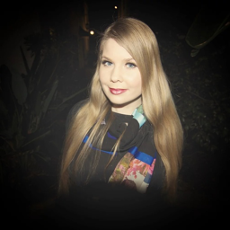 Soffia Kristin Jonsdottir is an Artist Manager, Concert Producer, Music Rights Activist and Film Producer currently based in Iceland. Surrounded by music from birth, Soffia was raised in a musical family where everyone played or had an active involvement in the local music scene; her love of music and entertainment took hold in her early teens and continued to grow into a true passion accompanied by an ambition to build her reputation within the Entertainment Industry. In 2005, her studies in Business Administration at the Commercial College of Iceland led to a potent fusion of business and artistic abilities well suited for a career in today’s music and motion picture industries. Her indefatigable work ethic, 10 years later, has served to earn her a name as an internationally respected entrepreneur and business woman. Soffia's yen for challenge led her to the U.S. in 2012, where she added a Bachelor's degree in Music Business from Full Sail University. In 2014 she founded talent management company Iceland Sync alongside Camilla Stones with top shelf Icelandic musical talents including Cell7, Briet, Audur, Klara Elias, Siggy, Suncity, krassasig and more.

Starting out as a teenager in a small Swedish town, arranging gigs for local bands, I’ve been involved in live music ever since. I’ve had different roles during the years but always liked to work close to small organizers and independent bands and artists. I constantly want to learn more about how we can increase equality not only on the stage, but also behind it. Since 2019 I’ve been working for Swedish non-profit organization Sensus to create opportunities for band and artists to meet, learn and develop. I am also part of the team managing the Swedish artist Kid Vicious. 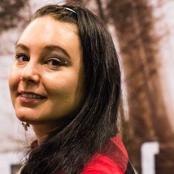 Hilda Sandgren founded MTA Production AB in 2000 after several years of work in the music and theater industry, including as a freelance producer for the Peace & Love festival and for Joe Labero, Sweden´s David Copperfield well as acting product manager at the record company Bonnier Amigo. She has started and run Stockholm Folk Festival, Hesselby chamber festival and the hit concept Jul i Folkton. Within MTA, Hilda has specialized in artistic project management, booking and international collaborations. Hilda teaches and lectures at the Royal Academy of Music, Innovative Music management and sits on the management team for Sweden's largest education in Music & Events in Nyköping. During the pandemic, Hilda was the first to set the quarantine culture as a concept in Sweden with the Bring it Home2020 on site in her studio; Sonika Studio. A total of 60 live streams were made in 2020 with donations and attempts at Pay per view. Hilda has since developed streaming as a consultant at tech companies and while waiting to launch the business for live bookings, the company offers mentoring, communication and lectures while creating content for digital live broadcasts and recordings. The strength of Hilda and MTA is that musical genres do not set boundaries but rather open unexpected doors for all kinds of collaborations. The company has specialized in booking and producing live concerts with many close local, Nordic Canadian and global collaborations with all kinds of big and small promoters. MTA books artists in pop, jazz, folk, world, and show and more. MTA represents and books these artists: Kolonien (Sweden), Sousou & Maher Cissoko ( Senegal /Sweden), Sara Ajnnak,(Indigenous Saphmí) Ale Möller (Swe) Lena Willemark,(Swe) Kobo Town (Canada), Digging Roots,( Canada) Le Vent Du Nord (Canada), Frigg (Finland) Bruce Molsky (US) and 50 more..