Get to Know the CIMA Summit Speakers & Panelists 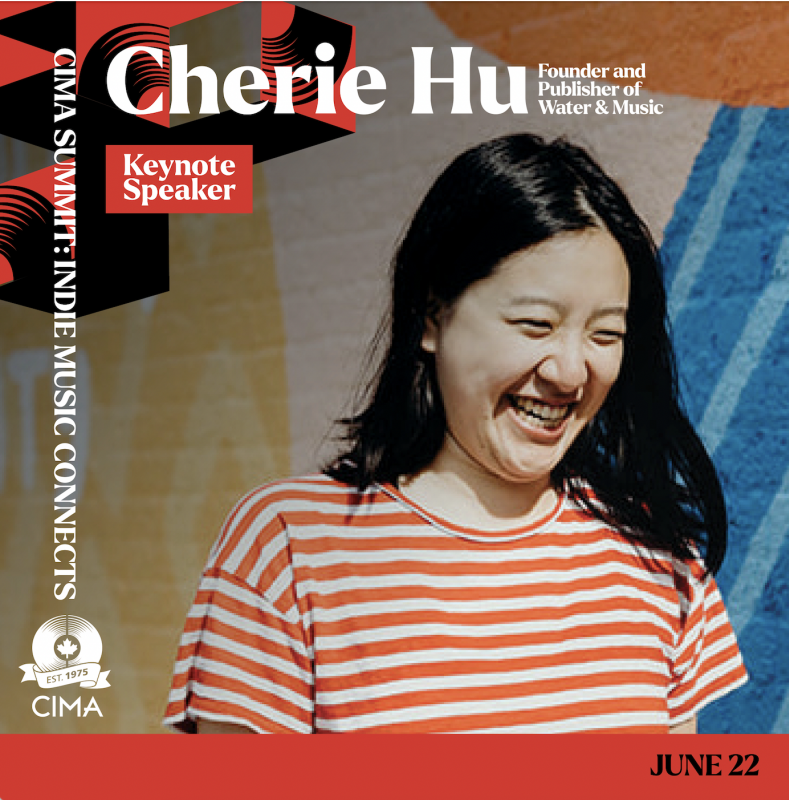 Cherie Hu is the founder and publisher of Water & Music, a newsletter tracking innovation and tech trends in the music business. She has also written hundreds of articles on music, tech and finance for the likes of Billboard, Forbes, NPR Music, Music Business Worldwide, Pitchfork and Rolling Stone. 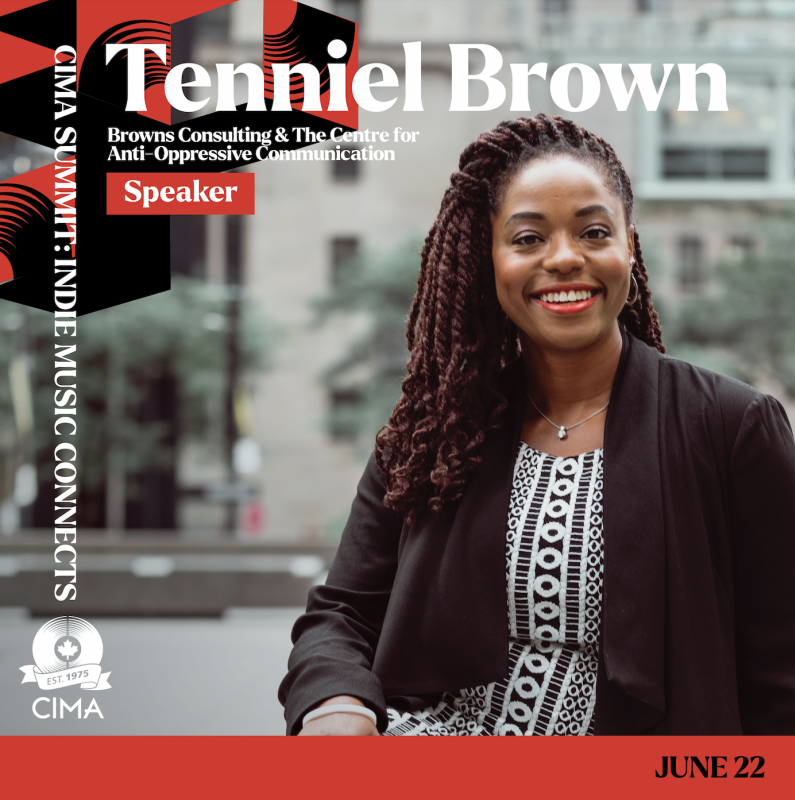 For over fifteen years, Tenniel Brown, B.A., M.S.W., R.S.W. has been working collaboratively with diverse clients to transform the impact of racism, inequity and mental health on their lives. She is a passionate speaker, trainer, therapist, and facilitator, who is dedicated to improving the experiences of marginalized people in all institutional settings. With her husband Kadeem Brown, Tenniel co-owns two speaking, training, and consulting companies called Browns Consulting and The Centre for Anti-Oppressive Communication that specializes in working with Black, Racialized, Queer, Trans, Non-binary, and Allied communities and transforming organizations to foster environments that are anti-oppressive, accessible, and inclusive 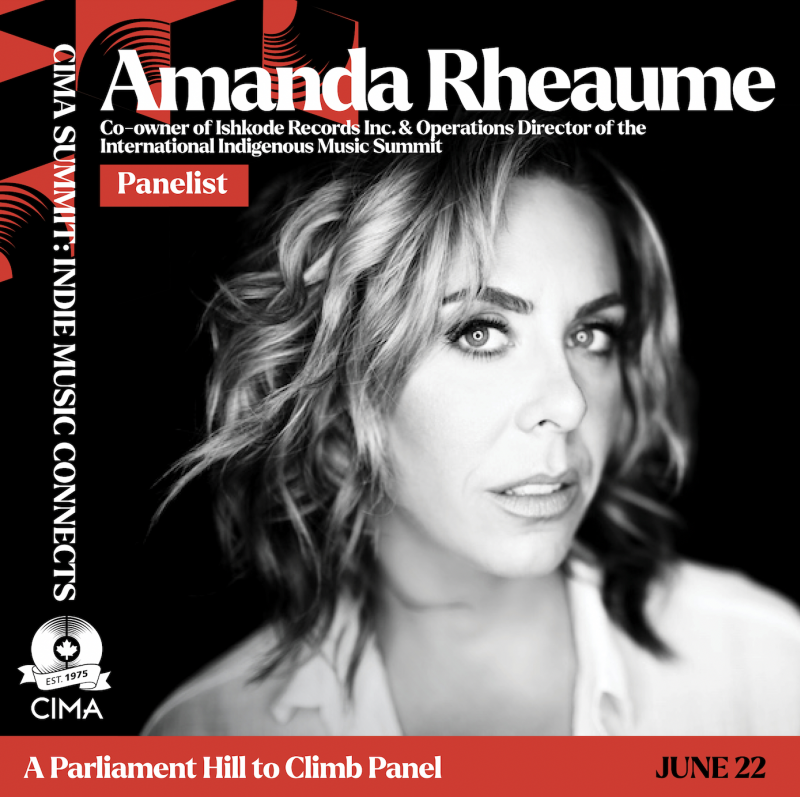 Amanda Rheaume is a Juno nominated and Canadian Folk Music Award winning Métis singer/songwriter from Ottawa, Ontario. As a self-managed artist, she has been touring nationally and internationally since 2010. Co-owner of Ishkode Records Inc. and Operations Director of the International Indigenous Music Summit, Amanda is deeply invested and active in the Indigenous music community. She is committed to creating equity and equal opportunities for Indigenous artists and amplifying Indigenous voices in the music industry at home and abroad. 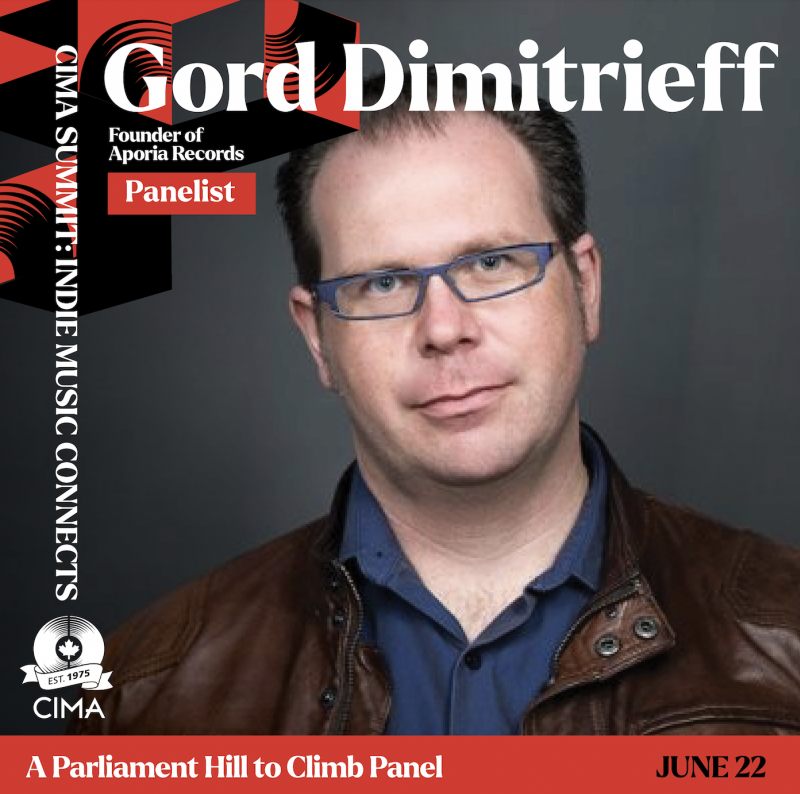 Gord Dimitrieff has been in the independent music business his entire professional career; as a college radio DJ, road manager, label owner and publisher. In 2000, he founded Aporia, an integrated label-publisher that has released near 70 albums from a roster that includes The Grapes of Wrath, Julie Doiron, Dearly Beloved, Kinnie Starr and many others. Placing songs in film and television has been at the centre of Gord’s strategy from the beginning: over the years, Aporia has licensed music to productions on every major Canadian and American television network, the largest Hollywood film studios and such global brands as Adidas, Chevrolet, Toyota, Mazda and Virgin Mobile. 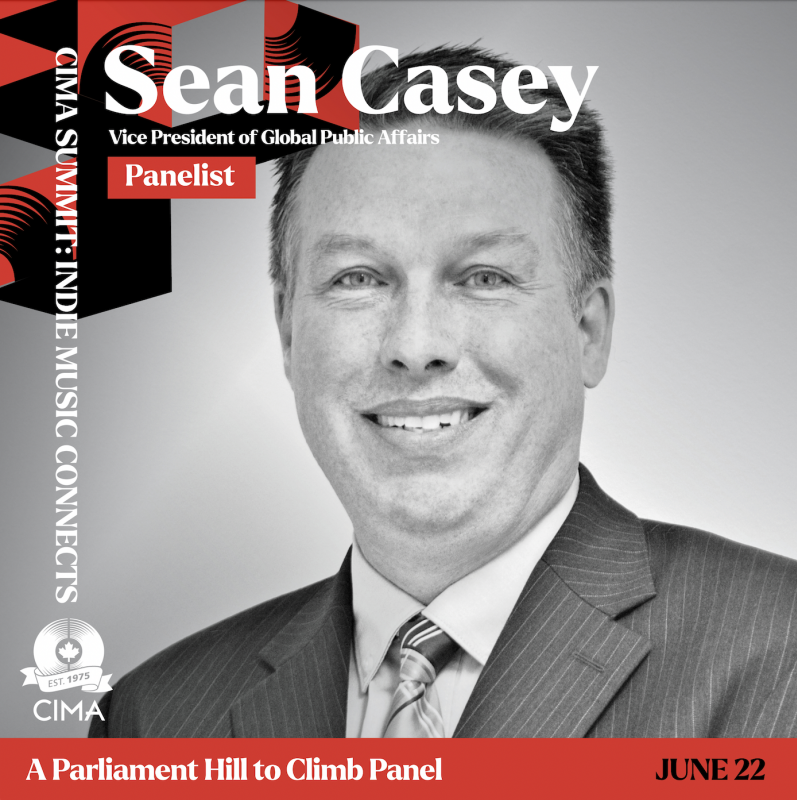 Sean Casey is a leading arts and culture sector practitioner and has an extensive background in dealing with intellectual property and copyright issues. Sean works with a variety of organizations representing the film, television, music, publishing, performing arts and not-for-profit sector to both examine and access funding programs available to them, working them on complex issues within the Heritage, Industry, Finance and International Trade portfolios. Sean’s insight and experience allow clients to have a significant impact on the public policy discussion in the arts and culture sector.

Sean joined Global Public Affairs after eight years as a partner with another leading public affairs firm. Prior to that he served in various positions for three Members of Parliament, the Opposition House Leader and in the Office of the Leader of the Opposition.

A former journalist, and graduate of the Carleton University School of Journalism, Sean is active in coaching and coordinating various youth sports teams in the Ottawa area. 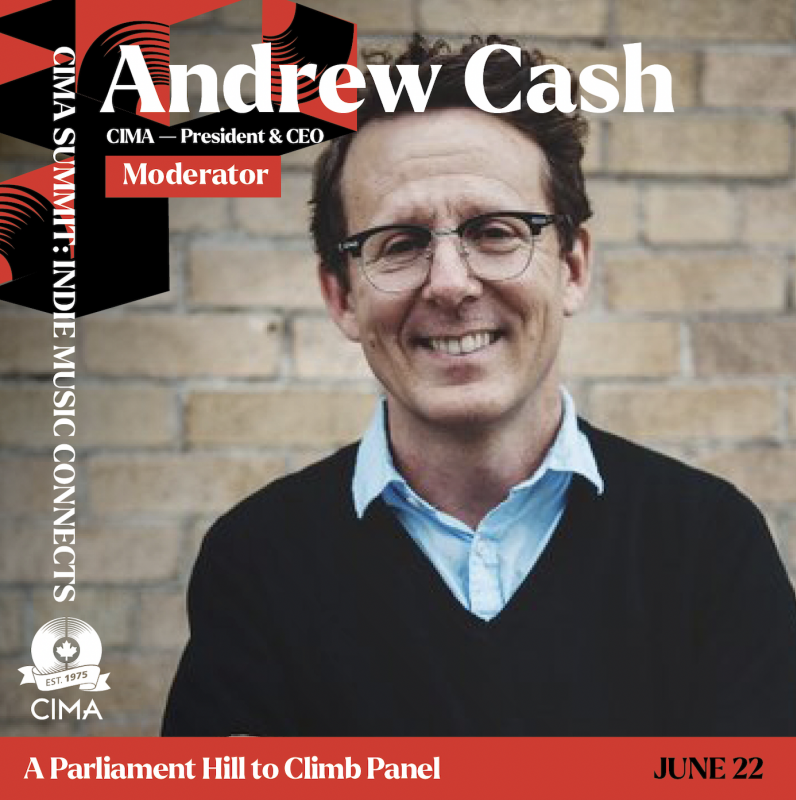 Andrew Cash was the MP for Toronto’s Davenport riding from 2011 to 2015. As an MP, he served on the Canadian Heritage committee, the Special Committee on Copyright Act reform legislation (Bill C-11), and as Citizenship and Immigration Critic for the Official Opposition. Having experienced the realities of making a living as an independent artist and arts entrepreneur, Cash dedicated himself in Parliament to raising the issues and voices of independent workers. Legislation he tabled in the 41stParliament led to first-ever labour protections for unpaid interns under federal jurisdiction. He continued this mission post-Parliament, co-founding the non-profit Urban Worker Project, which seeks better protection and conditions for contract, freelance and self-employed workers.

Previously as a singer/songwriter and guitarist in Canada’s indie music scene, Cash played with the punk band L’Etranger, whose lineup also included fellow MP Charlie Angus. He launched a successful solo career in 1986, later collaborating with other artists including Jason Collett, Skydiggers and Peter Cash, created soundtrack music for television and wrote for NOW Magazine. Cash’s contributions as an artist earned him a Juno award and three SOCAN awards. His music can be found at https://andrewcash.net. 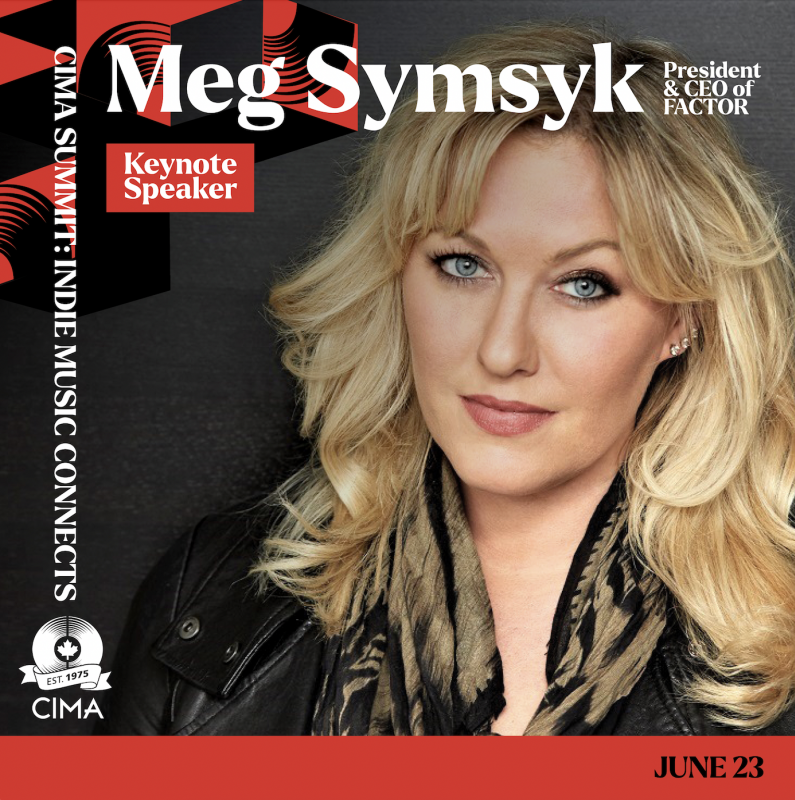 As President & CEO of FACTOR, Meg Symsyk is a champion of the artist and the entrepreneur –essentials of the music industry. Her enviable, 25-yearcareer path began as promotion rep at Universal Music, where she transitioned to marketing director and ledcampaigns for the likes of Beck, Nelly Furtado, Rufus Wainwright, and Gwen Stefani. Then, at SRO/ANTHEM,she handled artist and tour marketing globally for Rush and Brody Dalle. Next, she oversaw artist and brand marketing internationally for eOne’s roster,while alsohandling special projects such as Geddy Lee’s internationally best-sellingBig Beautiful Book of Bass. Formerly President of the Music Managers Forum, Symsyk also held seats on the boards of CARAS, MusicCounts, and was Chair at FACTOR. She esteems the blend of work ethic with creativity, has a keen eye for talent, and prizes inspiring up-and-comers to build an ever-better music industry. 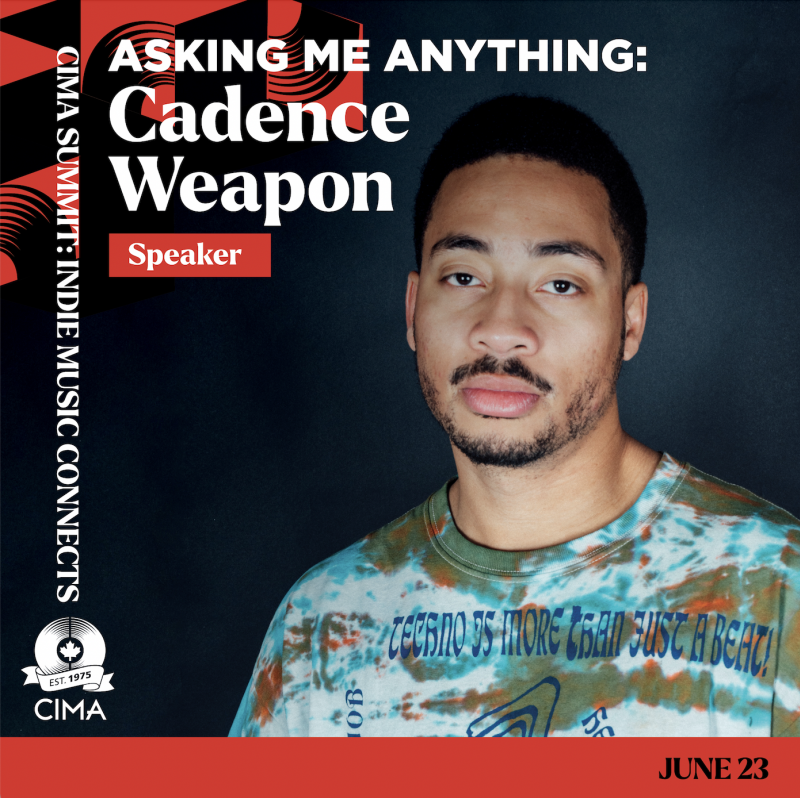 Cadence Weapon is Edmonton-born, Toronto-based rapper and producer Rollie Pemberton. His albums Breaking Kayfabe (2006) and Hope In Dirt City (2012) were both shortlist nominees for the Polaris Prize. Pemberton served as Poet Laureate of Edmonton from 2009 to 2011. His poem “The Garden” was incorporated into a bronze sculpture at the Alberta Legislature Grounds in Edmonton in 2018. His new album Parallel World is out now and a book about his career called Bedroom Rapper will be published by McClelland & Stewart in Summer 2022. 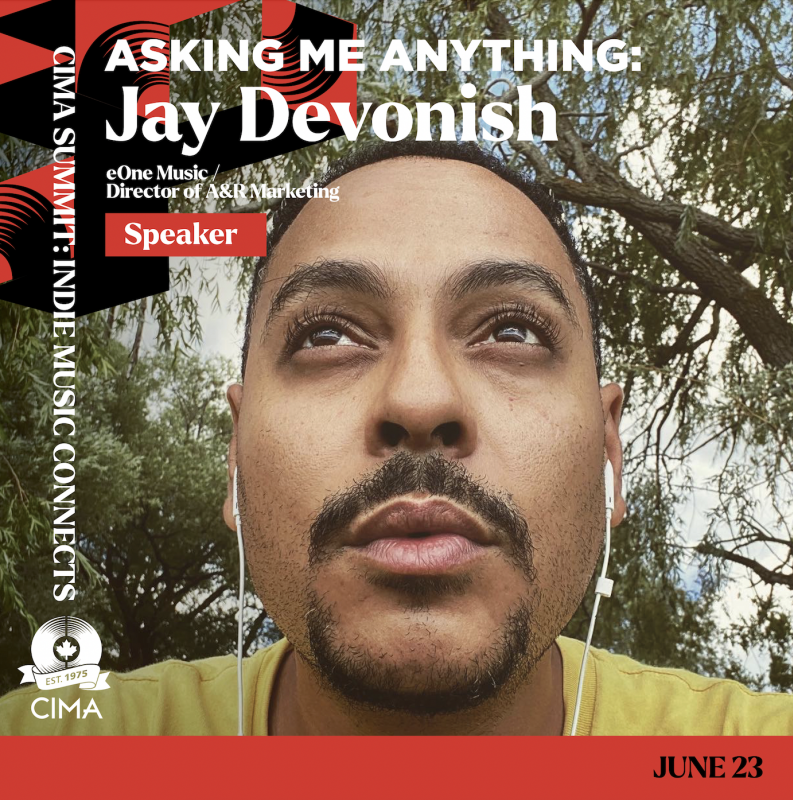 Jay also teaches the Business of Music program at the non-profit organization The Remix Project and is the founder of the grant administration company DMC Grants who aid artists, entrepreneurs, and businesses secure funding for the development.

Jay also is the founder and owner a boutique record label and publishing company FORESEEN Entertainment which is home to artists such as Moonshine, GodsConnect Once A Tree, beat sampras, J.u.D., Charles Freeman and Laser.

Lastly, Jay is a partner in The NFT Agency, a company that connects creators, communities and brands through unique NFT experiences with ownable digital content 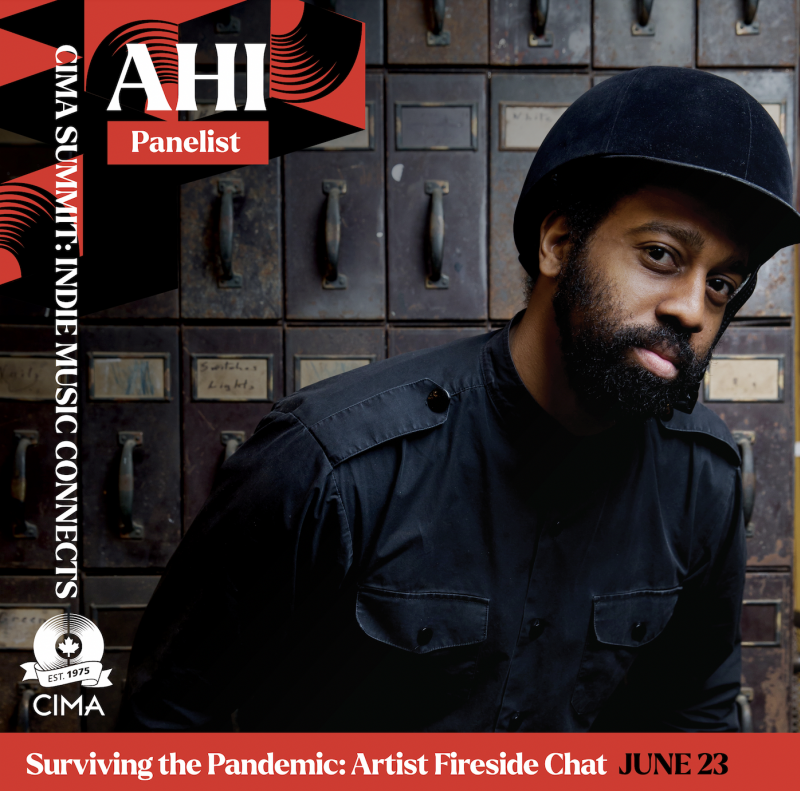 AHI is a generational voice on the cusp of a career-defining breakthrough record. Before the world came to a halt, he spent nearly two years touring across the US and Canada, playing sold-out shows at such iconic stages as Radio City Music Hall, Red Rocks, the Greek Theatre and Massey Hall.

While it’s undeniable that AHI’s voice could easily steal any show, he has learned to harness his instrument’s power by balancing its range across a colourful landscape of tightly-crafted lyrics, driving rhythms, and catchy melodies. His first album We Made It Through The Wreckage (2016) broke the Billboard Spotify charts and landed him on NPR's Tiny Desk, while his second In Our Time (2018) debuted at #2 on iTunes, and skyrocketed to #1 on Amazon after AHI’s captivating live performance on CBS, ultimately earning him the distinction of Folk Music Ontario/ACTRA-RACS Recording Artist of the Year; high praise from Billboard, American Songwriter, SiriusXM, and more; a sold-out US tour with platinum artist Lauren Daigle; 6 places on the 2018 GRAMMY ballot, including Album of the Year, Best Americana Album, and Best American Roots Song and Performance; and his first-ever JUNO Award nomination in the category of Contemporary Roots Album of the Year, establishing AHI as one of Canada’s most promising new voices 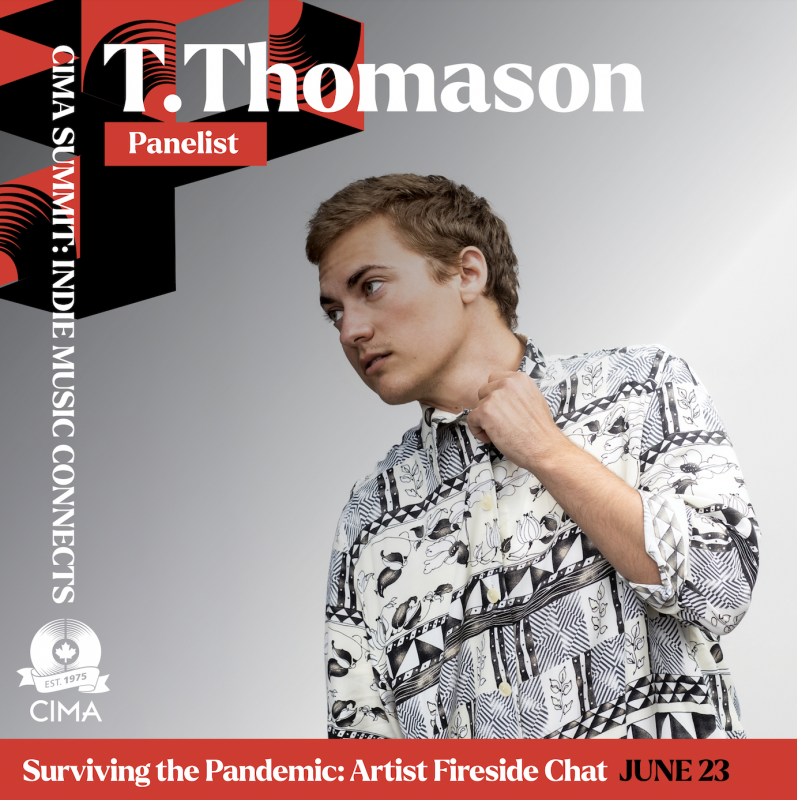 The lead up to the release of T.’s  self-titled album in September 2019 was a roller coaster. He was a winner on season 2 of CTV’s The Launch, which landed his launched single “Hope” on top 40 radio, Spotify Editorial playlists like New Music Friday Canada, and put T. on stage at the Bell Centre with Quebec’s reigning pop queen and his mentor, Marie-Mai. T.’s recent self-titled album was described by Halifax’s The Coast as “equal parts scar tissue and sparkles”. Deeply vulnerable and honest, it is a must-hear for anyone who’s wondered who they are and what’s to come. In 2020 T. released his “Part II Project”, a series of reimagined versions of singles from his album, featuring mentors and champions of his career. Rose Cousins (King of Spades Part II), Ria Mae (Loser Part II), Ivan Coyote (Birdsong Part II), and Sarah McLachlan (Bliss Part II) each lent their unique talents to the project. The singles have garnered praise from Tom Power on CBC’s Q, American Songwriter Magazine, and CTV’s eTalk. 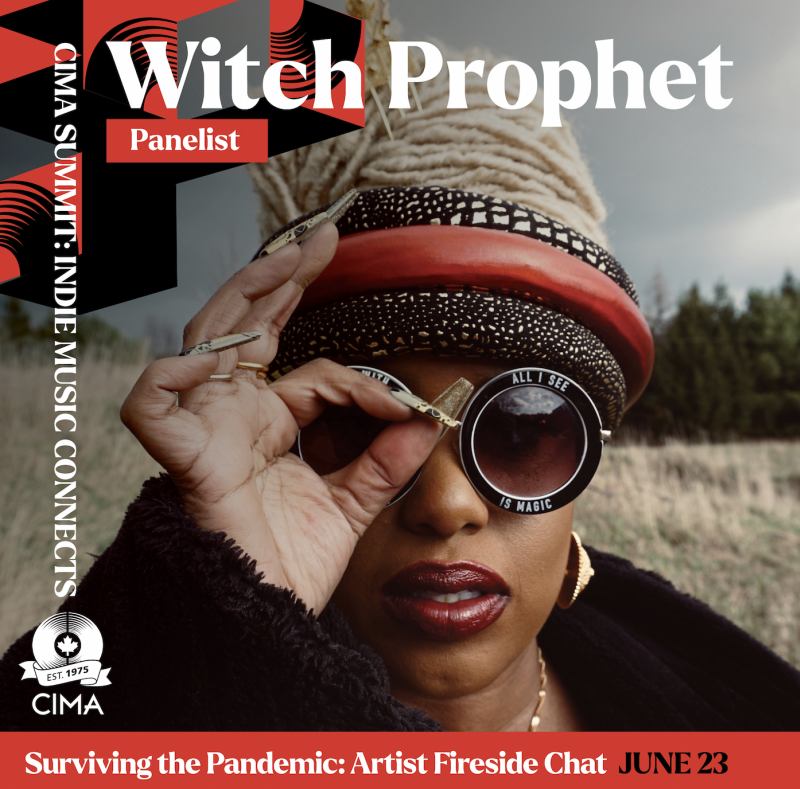 Witch Prophet is a queer, Ethiopian/Eritrean, singer-songwriter, and the Co-CEO of Heart Lake Records. She provides her fans with a soundscape of vocal layers, loops, raps, and harmonies on a bed of hip-hop, jazz, and soul-inspired beats. Think Erykah Badu meets Lauryn Hill meets Jill Scott. She finds depth and connection in creating music as a portal for self-growth and discovery, as she navigates and better understands her cultural and queer identity.

In March of 2020, Witch Prophet released her acclaimed sophomore LP “DNA Activation” which garnered her much acclaim including a Polaris nomination. An anticipated deluxe edition of DNA Activation will be released in 2021, with international support from the UK-based label, Enki Music, along with UK PR support from Mystic Sons. In 2021, she has performed virtually at Folk Unlocked, Wavelength Winter Festival, and most recently The Great Escape. Her music video for “Tesfay” was recently up for the 2021 Prism Prize, as well as SXSW Film Festival’s Music Video Competition; she was the only Canadian nominee in the category. 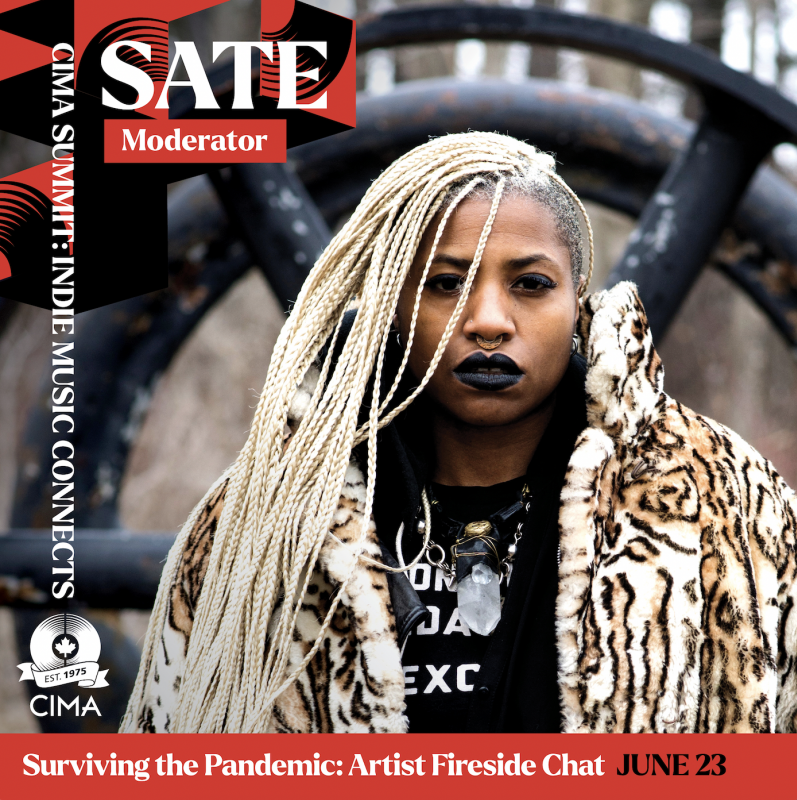 SATE is a Toronto artist who combines blistering gritty blues with dirty rock. As the daughter of Canadian blues/jazz singer & theatre pioneer Salome Bey, SATE’s unique sound evolves from the culmination of a lifetime spent fully immersed in music. Combining empowering messages and a soul-shaking live show, she has quickly built a reputation as an artist impossible to ignore. Known for delivering repeated electrifying performances, she continues to wow audiences around the world in North & South America, Asia, Australia, and Europe. Her debut album RedBlack&Blue received critical acclaim. She is preparing to release her sophomore album, The Fool in 2021.