Toronto, ON – The Canadian Independent Music Association (CIMA) is proud to announce that The Funk Hunters have received Road Gold certification, in recognition of exceeding 25,000 ticket sales domestically, in the last year. Road Gold is a certification program that celebrates and acknowledges Canada’s hard-working touring artists and bands. The Certification is dedicated to The Funk Hunters 2019 “Typecast Tour”, which makes them the first electronic band to be officially road gold certified.

Their 2019 “Typecast Tour” - in support of their debut album - saw the duo tour nationally across the country selling out multiple nights at iconic venues like Vancouver’s Commodore Ballroom, as well as headlining Canadian festivals of all styles ranging from institutions like the Calgary Stampede to the electronic-leaning Shambhala Music Festival. In addition to domestic touring, this same year also saw The Funk Hunters perform internationally throughout Australia, New Zealand, and the USA - highlighted with their return to Coachella plus debut appearances at Life Is Beautiful Festival (Las Vegas) and Outside Lands (San Francisco).

With touring shutdown in 2020, The Funk Hunters have pivoted to online streaming where they’re quickly building a massive online following. They were featured in the first ever livestream event inside TikTok earlier this year performing live simultaneously to over 300,000 people around the world. Since then the DJ Duo have cultivated a loyal following on Twitch, an online streaming platform, launching their own free weekly shows. In just the last 3 months alone, The Funk Hunters have streamed live DJ sets to fans on their Twitch channel racking up a record 2.1 million minutes watched. They've connected with 37,000 unique viewers since September 1st, generating hundreds of thousands of views.

In a sea of carbon-copy producers, The Funk Hunters have cultivated their signature sound by creating forward-thinking electronic music that is influenced by old school funk, soul and hip-hop.

As longtime friends, collaborators, and multi-dimensional artists, Nick Middleton and Duncan Smith’s chemistry is perfectly aligned. With Middleton at the helm of their studio efforts and Smith anchoring the project’s live show, their vision has resonated with both listeners and industry tastemakers alike.

Their catalog of original productions, remixes and collaborations has amassed over 20 million streams online. Winners of the Electronic/Dance Artist of the Year at the Western Canadian Music Awards, The Funk Hunters also reached #1 on the Billboard Dance Club Chart last year, with an official remix of U2's "Love Is Bigger." Their catalog also includes other official remixes for Big Gigantic, Gramatik, Selena Gomez, and Imagine Dragons.

The Funk Hunters also enjoy a vibrant global touring career performing at some of the world's most iconic festivals including Coachella, Life Is Beautiful, Osheaga, Outside Lands, Burning Man, and Shambhala. They consistently play to the biggest dance floors in the world - frequent collaborator Chali 2na of Jurassic 5 fame has called them "the selectah's of the century."

CIMA extends its congratulations to The Funk Hunters and welcomes them to the Road Gold family! 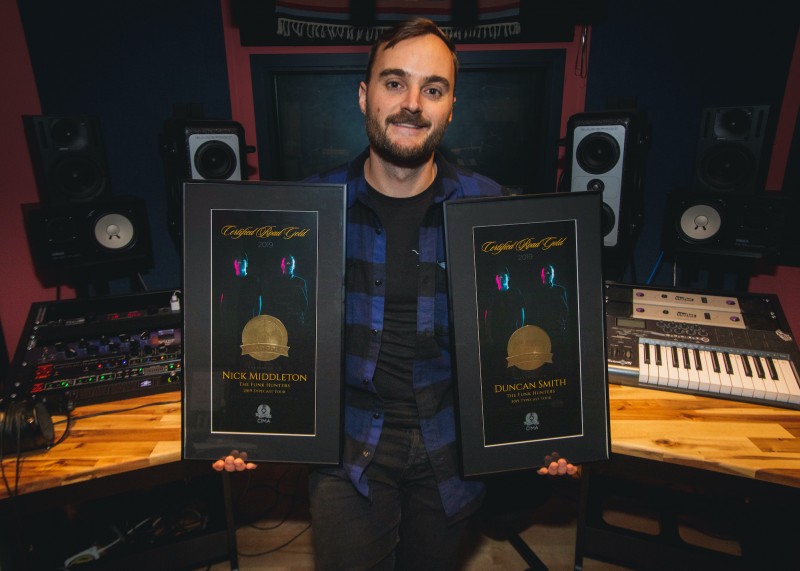