Toronto, ON – The Canadian Independent Music Association (CIMA) is proud to announce that Arkells have received Road Gold certification, in recognition of exceeding 100,000 ticket sales domestically, in the last year. Road Gold is a certification program that celebrates and acknowledges Canada’s hard-working touring artists and bands that exceed 25,000 ticket sales in a year. This year alone, Arkells quadrupled the standard Road Gold certification with over 100,000 tickets sales. To celebrate this significant achievement, the band was given their Road Gold award backstage at their sold-out Budweiser Stage show in late June. CIMA extends its heartfelt congratulations to Arkells and welcomes them to the Road Gold family.

Arkells are widely considered one of the most passionate, exuberant and in-demand live bands working today. As radio mainstays, sport-sync shoe-ins and out of the box marketers, Arkells have remained ever present - building awareness and personal community experiences around their live shows and new music at every turn. The most emblematic example of this is The Rally, last summer’s hometown concert that sold 24,000 tickets and made it one of the biggest domestic shows in the country. To follow came North American and international headline touring that included their first sold-out concert at Scotiabank Arena. Arkells’ touring over the last year has cumulatively raised over $100K for charity, via the band’s partnership with Plus1, and the band has sold over 100,000 tickets - topped off by their June 22nd sold-out show at Budweiser Stage.  The show made headlines across North America due to a very special guest appearance on guitar by none other than Nick Nurse, head coach of the newly minted NBA champions, the Toronto Raptors.

Hailed by The Globe and Mail as “the right kind of band for this decade,” Arkells continue to follow and adapt to the changing landscape of the industry – not a small feat for a rock band. This summer, the 6-time JUNO Award winners continue to tour international festivals in support of Rally Cry, prior to further headline dates this fall. 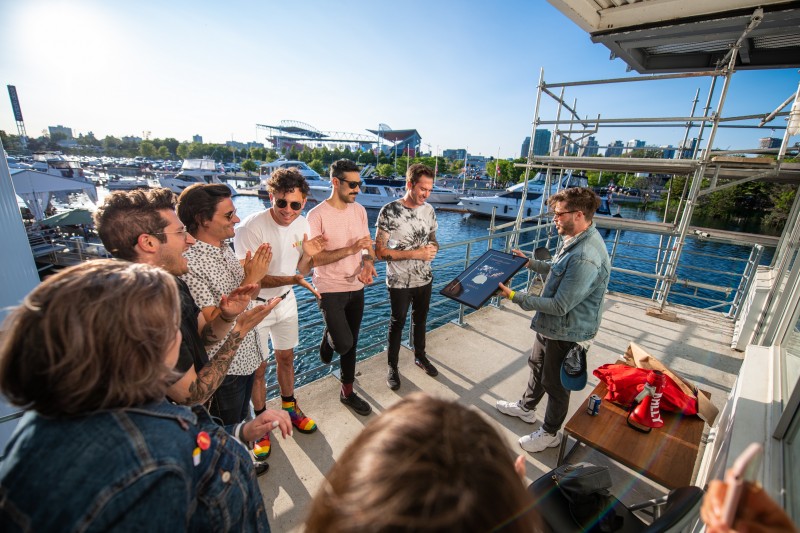