In the lead up to the fifth annual CIMA Celebration & Awards Gala on June 10th, we're proud to put a spotlight on our 2019 winners and nominees. Next up is 2019 Brian Chater Industry Award winner, Allison Outhit. Allison has a vast knowledge of all things music industry, having worked as a musician, at a record label, and at one of Canada's most prominent music funding bodies. She is a trailblazer and has fought passionately to develop better equality not only in the music industry, but across all segments of society. 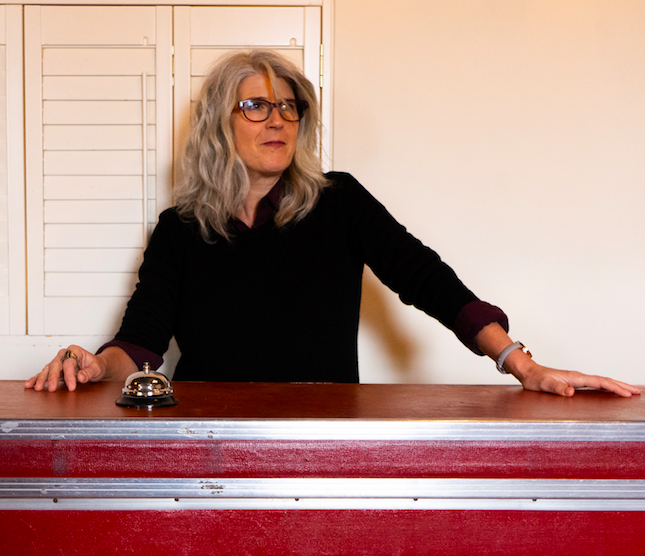 Having grown up overseas, Allison returned to her birth city of Halifax as a teenager in 1981. She fell into its tiny but thriving punk scene, sang or played guitar or keyboards in half a dozen bands. Her synth-pop band Staja/TANZ was a finalist in the Q107 Homegrown contest. PEI’s Haywire may have won, but Allison’s hair was pointier.

In 1984 Allison moved into a squat in Brixton. She dreamt of a record deal but wound up as receptionist for UK concert promotion giant Harvey Goldsmith. She worked backstage at Live Aid and witnessed the immense power of music to change minds. In the late 80s, Allison taught recording workshops and learned to shoot and edit video, while raising her young son, producing community radio, editing an arts magazine, playing in bands and generally helping to build up the Halifax music scene. Allison was spokesperson for the abortion rights group that helped open the Halifax Morgentaler Clinic. She was beaten by police while protesting police violence against the Montreal gay and lesbian community. She helped collect money and food for Mohawk protestors during the Oka Crisis. She was mentored in community legal advocacy by the great Burnley “Rocky” Jones, and received an LL.B from Dalhousie Law School in 1994.

In the scene that birthed the Halifax Pop Explosion, Allison was the original riot grrl, a fierce advocate for gender equity in music. She played lead guitar for the ferocious Bübaiskull, then started the indie-art-rock trio Rebecca West. The band released two albums, appeared on the June 1995 cover of Exclaim!, toured with Change of Heart, and signed a co-publishing deal with Warner/Chappell Music. Broke and exhausted, Allison went into film and television. She produced the youth music series Rock Camp for CBC, and amassed over 70 hours of production credits and one Gemini nomination. On the side, she wrote about  - and frequently rallied against - the music industry in the Music School/Ask Allison columns of Exclaim! Magazine.

In 2006, Allison joined Outside Music. She was Jill Barber’s road manager and business manager for Born Ruffians and Junior Boys. By the time she joined FACTOR as its Vice President of Operations in February 2011, Allison had direct experience in everything from sourcing vintage tubes to parsing international royalty statements.

At FACTOR, Allison was the chief imagineer of a new policy and program framework that awarded merit based on consumer engagement and other objective indicators. Although the new system provided transparency, it did little to impact the barriers that block full participation in Canada’s music industry by marginalized artists and entrepreneurs. So, Allison recruited racialized employees and prioritized the recruitment of racialized jurors. She went into Black and Indigenous spaces, met formally and casually with members of marginalized communities. She created a position for Outreach and Community Development, recruited its coordinator Tai Bah, and ensured a budget would be available to invest in projects from those communities.

Allison left FACTOR in April 2018. She has since earned a Canadian Certificate in Leadership and Inclusion. In January 2019, she was appointed Vice President of International Business Development and is thrilled to be part of the incredible Six Shooter team.