In the lead up to the fifth annual CIMA Celebration & Awards Gala on June 10th, we're proud to put a spotlight on our 2019 winners and nominees. Next up, we have the 2019 recipient of the Unsung Hero Award, Yvonne Matsell, long time concert booker, promoter and Co-Founder of NXNE. 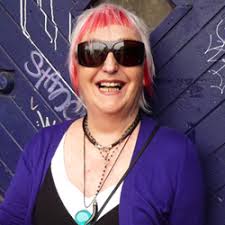 Born in Wales, Yvonne was a music lover as a young child and, at age 12, without her parents’ knowledge she often hitchhiked with her friends to see bands in other cities, getting back in time for curfew. As a teenager, a bit of a wild child with an independent streak, she declined an offer to art school and instead moved to central London to be near her boyfriend where she got a government job.

The wanderlust did not stop there. The couple married and emigrated to Toronto, and soon discovered they were expecting their first child. With no family in Canada, her parents pleaded with them to return to the UK, but they decided to stay and make it work. Two children later, the couple divorced. She met someone else, had another child, became single again. Struggling as a single parent of three sons, the one-time stay-at-home mum set her sights on working in an industry she had passion for — music.

Yvonne was hired by a friend who was booking renowned blues club Albert’s Hall. The friend got fired and Yvonne was given the job, taking to it like a duck to water, working with such American greats Etta James, Matt Guitar Murphy and Otis Clay and homegrown talent, like Jeff Healey and Big Sugar.  But when new owners stepped in, they got rid of everyone, including Yvonne.

One night at the Horseshoe, co-owner Kenny Sprackman suggested she go see his partner, Richard Kruk at X-Rays, who was completing another live venue above the restaurant. Richard decided to employ Yvonne as the booker.  Creating her own booking policy, Yvonne started booking young indie bands.  She had an ear for recognizing great talent and would give the worthier bands a residency so that they could develop their audience, also contacting the media who were receptive to new music.

The club started to become a hot spot for the music industry — media, A&R, agents — anxious to be there for the new wave of bands. The record labels started to use the room to showcase new signings. Among the regular bookings were Barenaked Ladies, Ron Sexsmith, Lowest of the Low, Junkhouse, The Waltons, The Skydiggers, The Watchmen, Headstones, Rheostatics, Moist, The Tea Party, Andrew Cash, and Alejandro Escovedo.

Richard and Kenny asked Yvonne to book the Horseshoe as well, so acts that outgrew Ultrasound had a bigger venue to play. Yvonne with Dave Bookman started the Nu Music night, which became a weekly success. She booked the Horseshoe for a couple of years and then focused on Ultrasound. During that time, she also co-founded a new music festival called North By Northeast (NXNE) with Michael Hollett, Andy McLean and the SXSW partners. This took all year to plan. Yvonne listened to all the demos and booked them into the 25-30 venues each year of the festival.  It was a very exciting time for Canadian music and the festival grew rapidly.

Ultrasound eventually closed, a heartbreaking time for music lovers and bands alike. Eventually Yvonne went to work for a venue called Big Bop. She changed the name to Reverb and called the smaller upstairs room Holy Joe’s.  She started to book a new crop of young songwriters there, such as Danny Michel, Jason Collett, Hawksley Workman, Tegan and Sara, Sarah Slean, Amy Milan, so another exciting musical time was beginning. This lasted for about two years until the owner decided to take over the bookings.

Ted Footman, of Ted’s Wrecking Yard, reached out to Yvonne to help get his small gritty upstairs venue up and running. The Wavelength night was looking for a home to showcase their bands so she gave them a longstanding Sunday night residency.  The next crop of bands she helped to develop through Ted’s were Broken Social Scene, Billy Talent, Feist, Kathleen Edwards, Sum 41, The Weakerthans, and The Sadies, and Andy Stochansky and his songwriters in the round, which was passed on to Jason Collett to continue.

The new owner had announced he would turn the famed venue into a dance school and shelter for single mothers, but there was an uproar in the musical community so he decided to keep it reached out to Yvonne to maintain the building as a live music venue. This was a challenging task, to try and bring everyone back to support the venue again but with her longtime relationships with local promoters, agents, managers and musicians, Yvonne succeeded in getting the el Mo back into the lives of the music crowd again.

Acts like Monster Truck, The Arkells, Lights, The Elwins, Royal Wood, Arcade Fire (first Toronto show) all played in the early days of their careers, booked by Yvonne. The venue had now become a favourite room for major promoters to put their midsized acts in before they broke.  Yvonne booked this venue for 11 years until it was sold and the new owner took the booking in-house.  It was then re-sold and has yet to re-open.