CIMA and four of its member companies travelled with the Department of Canadian Heritage representatives and our cultural industry colleagues to Latin America, engaging in a three-city tour to learn more about the markets and potential business opportunities.

Six Shooter Records, Alma Records, Envision Management & Production and Outside Music joined other cultural businesses in market intelligence sessions as well as B2B meetings. CIMA, other cultural associations and agencies joined the Department of Canadian Heritage representatives in a series of government to government meetings, wherein we engaged with officials and dignitaries, discussing ways to work with each other. Over 200 B2B meetings were held in each of the cities – Mexico City, Bogota and Buenos Aires. The Canadian delegation was capably led by Senior Assistant Deputy Minister of Canadian Heritage, Jean-Stephen Piche. The mission revealed that there are many potential opportunities for the Canadian music industry to conduct business, particularly in Mexico and Colombia, and for our artists to perform in festivals, or as part of a tour.

“This was a very well-organized mission that provided a thorough introduction to the markets and key players that Six Shooter needs to know. We particularly appreciated the work of PCH and local consular staff; it was great to have the opportunity to meet with them as well as their contacts on the ground,” says Allison Outhit, Vice President International Business Development at Six Shooter Records. “In addition to our own research and the contacts provided by the local teams, we relied heavily on CIMA’s Latin America Report and found it to be an excellent and accurate resource. In all, this mission was a success for us, in that we are now able to project with reasonable accuracy our opportunities in Latin America, and are now building the networks we need to make our goals a reality.” 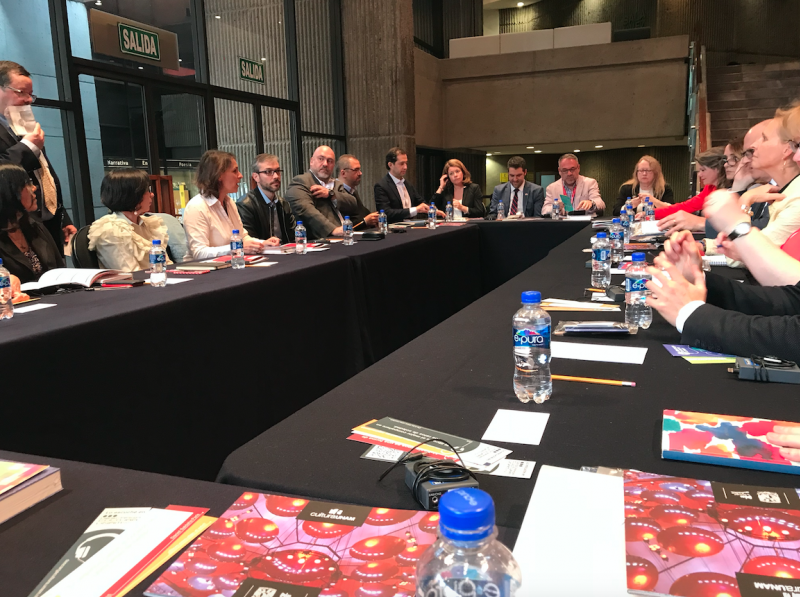 In Mexico City, the government delegation established a dialogue with senior government officials, including the Secretary of Culture, and engaged in a large networking reception in the evening. Most importantly, we learned of Mexico’s desire to promote its indigenous population, which provides Canada’s indigenous music community with opportunities to perform in Mexico. Mexico’s UNAM Cultural Centre (National Autonomous University of Mexico) has several impressive cultural venues (including a live music theatre (http://musica.unam.mx)), which program festivals and a wide variety of musical acts from Mexico and around the world. Canada will also be the country of honour at this year’s International Cervantino Festival (Oct 9-27), a huge cultural event that consumes Mexico City (https://festivalcervantino.gob.mx). Canada Council is the lead agency that is helping to program and coordinate Canada’s involvement in this festival, which will feature a Canada House presenting the best of our food, music, film and more, with a particular focus on indigenous artists, women and youth.

“The Mexico City trade mission served as a great introduction into the very large and potentially fruitful Mexican music market,” says Peter Cardinali, President at Alma Records. “The well organized and attended b2b meetings, seminars and site visits introduced us to many local music labels, promoters, publishers, government counterparts, and unique music facilitators while giving us a great understanding of the business environment in Mexico and its opportunities and challenges. “

In Bogota, Canadian business and government officials followed a similar agenda from Mexico, in that a series of B2B and government official meetings were held. The first government engagements involved an extensive conversation with senior officials from the Ministry of Commerce, Industry and Tourism, ProColombia, the federal organization responsible for promoting exports and bilateral trade, and the Ministry of Culture. We also engaged with advisors to Colombia’s President on the ‘Orange Economy’, which recognizes the economic and social power of cultural industries and is in fact the cornerstone of the country’s economy. ProColombia is a good resource for those interested in doing business in Colombia (http://www.procolombia.co/en). One note of interest is our visit to the Bronx Creative District, which is a downtown neighbourhood in decline that is now being redeveloped using culture – including music – as a catalyst to improve the entire area. It is an ambitious project being driven by the President and Bogota officials, as well as the private sector, and is a testament to how impactful music and culture can be. 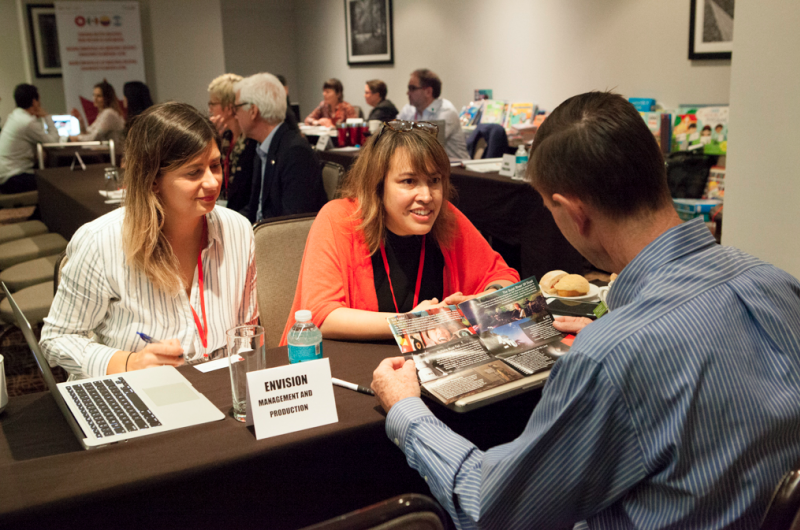 CIMA also met with several officials from Bomm – the annual Bogota Music Market festival and conference (https://www.bogotamusicmarket.com), September 10-13, 2019. Bomm is eager to host Canadian businesses and program Canadian artists, and we discussed how CIMA could promote the festival to its membership, and opportunities for businesses to engage in meetings with the Colombian music industry. Music and Performing Arts delegates were treated to a tour of The Julio Mario Santo Domingo Cultural Center (https://www.teatromayor.org), which boasts two theatre venues – one with a 1300 seat capacity, the other with a 329-seat studio theatre. They program a wide variety of musical performances, from chamber to symphony to concerts and more. It is a grand complex and may offer opportunities for Canadian artists to perform.

“The Latin American Trade Mission provided Envision an unparalleled opportunity to expand into the markets of Mexico, Colombia and Argentina,” says Ryhna Thompson, President of Envision Management and Production. In addition to the diverse cultural experiences we gained through the site visits which allowed us to connect more meaningfully with the local creative industries, we had in depth exchanges with dozens of companies working in our sector. We have come back to Canada with deeper insight into the possibilities for export and numerous leads that are already leading to tangible results.”

“CIMA was pleased to participate in, and support, the Department of Canadian Heritage-led mission to Latin America,” says Stuart Johnston, President of CIMA. “This mission enabled CIMA to gather important market intelligence as well as establish key government and business contacts in each country. We commend the Canadian government’s approach to Latin America and we look forward to participating in the next mission.”