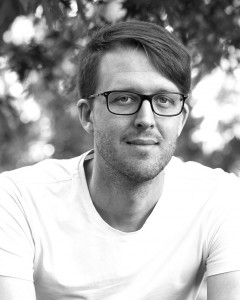 27th February 2019: The Worldwide Independent Network (WIN) announces the election of Justin West of Secret City Records as the new Chair of the board of directors, as well as the appointment of Charlie Phillips as Chief Operating Officer. Philips will report directly to West, with supervision from WIN’s board of directors, who together represent the majority of the independent global music market. WIN is poised for expansion during a time of healthy growth for music markets throughout the world.

In his new role as COO, Phillips will focus on furthering WIN’s commitment to advancing, assisting and educating its network of international trade bodies, while also managing its day-to-day operations. He will also continue to lead the sector’s work on international performance rights, representing independent rights holders in various international industry forums and initiatives.

“A strong global network of independent trade associations is fundamental to confronting anti-competitive behaviour, maintaining a level-playing field for indies, and fighting for fair and transparent policies across our sector,” said West. “Charlie has always been a great advocate for the independent community and, with both his experience and expertise, brings the right set of skills to run WIN and carry-out its mission. It’s exciting to see him step into this role and move the organization forward.”

“I am delighted to step up to the role of COO of WIN, and to have been given the opportunity to take WIN forward into this exciting new phase,” said Phillips. “In recent years, our global network of independent associations has already more than proved its worth in supporting independent labels and their artists to achieve success. I look forward to building on this success, and taking WIN to the next stage of its mission to deliver real benefit to the international independent sector.”

Justin West is the President of Secret City Records and Secret City Publishing, both of which he founded in 2006 in Montreal, Canada. Today, after 12 years of operations, Secret City’s active roster of 15 artists now includes, among others, Patrick Watson, The Barr Brothers, Basia Bulat, Leif Vollebekk, Shad, Alexandra Stréliski, Richard Reed Parry, Owen Pallett, and Suuns – its artists have earned three gold record certifications in Canada, a Polaris Music Prize (and 10 additional Short List nominations), and multiple JUNO and Félix award nominations. Justin currently sits on the board of directors of MERLIN, a global digital rights agency for the world’s independent label sector, and is the Chair of the board of directors of the Worldwide Independent Network (WIN), a global forum for the professional independent music industry. He is also currently on the executive boards of directors of both the Canadian Independent Music Association (CIMA), a trade association representing Canadian independent music companies, and the Foundation to Assist Canadian Talent On Record (FACTOR), a public/private partnership that administers funds to provide assistance toward the growth and development of the Canadian music industry, as well as recently being elected to the board of directors of ADISQ, a trade association representing Quebec independent music companies. In the summer of 2016, Justin was the sole representative from the music industry appointed to Canadian Heritage Minister Mélanie Joly’s “Expert Advisory Group”, which is tasked with providing advice and ongoing feedback as the Canadian government examines how to strengthen the creation, discovery, and export of Canadian content in a digital world.

Charlie Phillips has worked at WIN since 2011, where he has been instrumental in establishing its status and its global membership. In Phillip’s news role, he will lead the network’s operations, stepping up from his previous role as Director of Legal and Business Affairs. Prior to joining WIN, he was head of legal and commercial affairs at AIM. Since qualifying as a solicitor, Phillips’ legal career has spanned a broad range of areas of today’s digital music and creative industries, including a position as legal advisor for recordings industry body IFPI. His particular areas of expertise cover international performance rights licensing, as well as the interaction between music rights and data. He represents WIN members within DDEX and ISO.