In the lead up to the fourth annual CIMA Celebration & Awards Gala on June 11th, we're proud to put a spotlight on our amazing 2018 winners and nominees.

Next up is this year's Brian Chater Industry Award recipient: Sandy Pandya of Pandyamonium Management in Toronto (award presented by Merlin).

Sandy Pandya is a true pioneer in the Canadian music industry and has always walked to the beat of her own drum, forging a unique path for herself and the artist’s she represents. 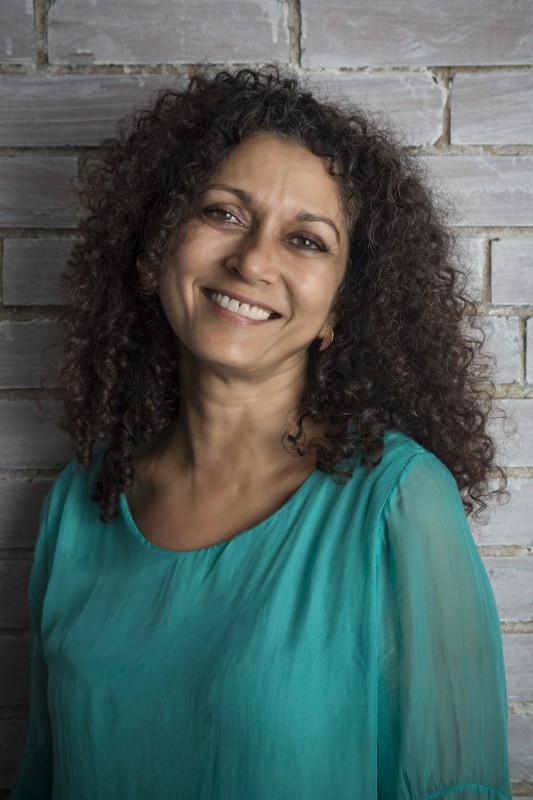 Sandy began her career as a live club owner, operator, and promoter by booking and marketing artists in her hometown of Regina, Saskatchewan bringing in cutting edge bands like Love & Rockets, 10,000 Maniacs, Hunters and Collectors, and Skinny Puppy. With that experience under her belt, Sandy routed herself to Toronto, landing herself a position with the leading indie label, Attic Records before taking a position in marketing at BMG Records.

Sandy followed that up by working at the booking agency Celebrity Talent International (Barenaked Ladies, Moxy Früvous, The Pursuit of Happiness, Skydiggers) before eventually forming a management firm with like-minded music veteran, William “Skinny” Tenn. Their first clients were The Waltons, followed closely by The Lowest of the Low. The two acts were among the first indie bands in Canada to achieve Gold status for record sales and broke new ground by simultaneously coveting the front window display at the flagship HMV store at 333 Yonge in Toronto. Sandy was instrumental in defining and developing the indie rock royalty scene that would reign in Canada for the nineties.

Next up came a decade long relationship with singer songwriter Hayden. Sandy aided Hayden in developing and running his own indie label, Hardwood Records, and signing a publishing deal that some have touted as legendary. She broke boundaries with Hayden, truly illustrating the power of the artist. This model paid off as it lead her to secure Tegan and Sara their current record deal as Neil Young’s inaugural signing to his Vapor Records label.

Sandy’s next task was establishing her own company, Pandyamonium Management where she managed and developed Hawksley Workman into a multi-brand personality for nearly a decade. Together they created Isadora Records that saw the release of his first record ‘For Him and the Girls’ followed by his major label, gold selling debut, Lover/Fighter, which went on to have international acclaim. During this time, he was also an accomplished bestselling author for “Hawksley Burns for Isadora” and a renowned producer (Tegan and Sara, Serena Ryder).

From 2005 - 2010, Sandy steered the career of Juno Award winning singer Jully Black. Jully surpassed Gold sales on her Universal released record, Revival, in a time when that isn’t so easy to achieve. All the while Sandy navigated Jully into a thriving career not only as a musician but a motivational speaker, actor, and celebrity correspondent for CTV’s eTalk Daily.

Sandy has managed Serena Ryder since the beginning of her career when Serena was just 19 years old. Ryder is a platinum-selling, 6 time Juno Award, MMVA, SOCAN and Canadian Screen Award winner.

Serena’s 2012 release, “HARMONY” highlighted by the #1 hit single, “Stompa,” spent eight consecutive weeks topping Triple A radio airplay charts in the US upon its 2013 release. A top 10 smash in Ryder’s home country, “Stompa” earned 4x platinum certification from Music Canada and firmly established the talented tunesmith. Named “Artist of the Year” and “Songwriter of the Year” at the 2014 Juno Awards, Ryder followed “Stompa” with yet another top 10, 2x platinum certified crossover hit single, “What I Wouldn’t Do.”

Ryder’s songs have also been featured in and performed on a truly remarkable number of film, TV, and commercial projects spanning VEEP, Grey’s Anatomy, American Idol, The Voice, The Tonight Show, Drop Dead Diva, Mob Wives, Suits, Santa Clarita Diet, and advertising campaigns from Ford, Cadillac, and many others.

Ryder has also proven herself to be a hard-traveling troubadour, with countless headline tours both in her native Canada and around the globe. She has shared stages with a variety of diverse artists including Kayne West, HAIM, Pitbull, Melissa Etheridge, OneRepublic, Tegan & Sara, and Sara Bareilles.