CIMA returned to Kansas City, Missouri from February 14-18, for the 2018 edition of Folk Alliance International, the world’s largest gathering of the folk music industry. The event draws over 2500 artists and industry professionals each year and spans a wide variety of genres like blues, traditional, bluegrass, roots and world, to name a few.

The showcase kicked off with Toronto folk quintet Union Duke, whose catchy sound had attendees dancing on their feet and in their seats. Up next were Juno award winning songwriter Lynn Miles and award-winning songwriter Lynne Hanson who have banded together to form Americana group The LYNNeS. The third artist of the evening was singer-songwriter Suzie Vinnick from Ontario who fused elements of blues, folk, country and rock’n’roll throughout her powerhouse set. 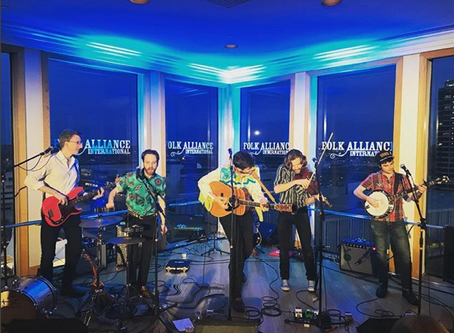 Benton’s filled up to capacity for Saskatchewan singer-songwriter Colter Wall as attendees sat completely silent and enthralled for his entire set. New Brunswick’s own Devarrow blended folk and pop and interacted with the audience throughout his set, telling stories behind each of his beautifully crafted songs. Last, but certainly not least, was Ontario singer-songwriter Julian Taylor who left his band at home this year and took the stage on his own. His soulful performance brought attendees to their feet to end off the evening.

On Saturday afternoon, CIMA co-sponsored the Canada/Quebec reception in the Main Foyer of the Westin Hotel. Partnering with the Delegation du Quebec in Chicago, Folk Music Canada and FolQuebec, the hour long reception celebrated the arrival of Folk Alliance International in Quebec in 2019 and gave delegates the opportunity to meet with the Canadians in anticipation of next years event. 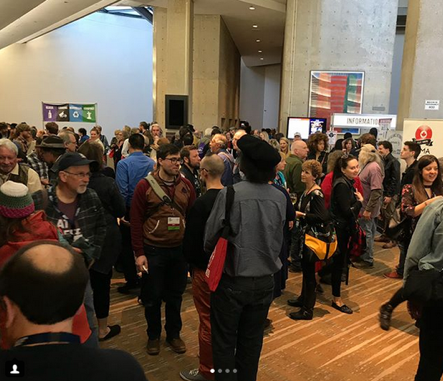 CIMA also supported MusicOntario throughout three nights of showcases at the Westin Crown Center in Room 640, which featured 31 artists from Ontario performing from 11:00PM-2:30AM in front of a standing room only crowd. Select artists performing in the MusicOntario room were also co-presented by Folk Music Ontario.