CIMA returned to Germany this past September for our eighth annual trade mission to Reeperbahn Festival for five days of business and showcasing events in Berlin and Hamburg. This year CIMA used the opportunity presented by Canada’s 150th anniversary to shine a light on Canadian talent and to attract a wider audience to Canadian events.

This marked CIMA’s biggest mission to Germany, as Canada was featured as the focus country at Reeperbahn this year! CIMA travelled with a delegation of 45 Canadian companies and partners as well as 30 Canadian artists. 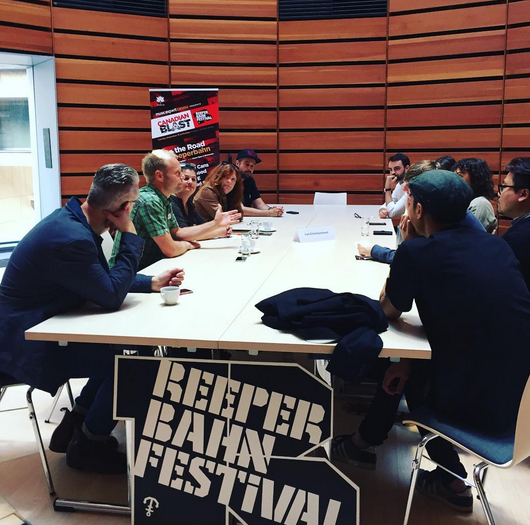 The pre-Reeperbahn activities kicked off in Berlin on Tuesday September 19 for a full day of business events at the Canadian Embassy. In the morning, Canadian delegates got the opportunity to meet with German industry experts for two hours of round table sessions co-organized by Reeperbahn’s Berlin office. This was followed by a networking lunch, which then led into an afternoon of one-on-one speed dating sessions with Berlin business representatives. Korean delegates, in town for Reeperbahn, were also invited by the Canadian delegation to join in on these business events. 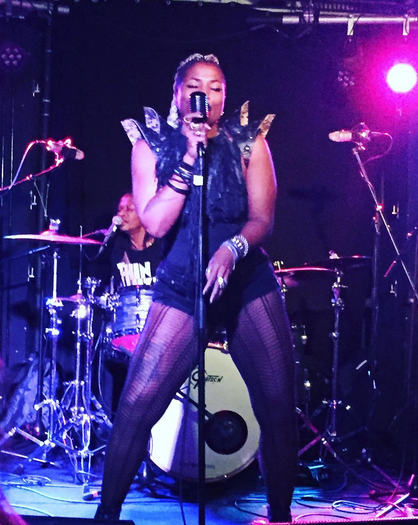 These delegates and other local industry/media were then invited to the Canadian Blast showcase and networking reception held at FluxBau where four Canadian bands showcased: The Jerry Cans (NU), Youngblood (BC), SATE (ON) and One Bad Son (SK). The reception was at capacity for the majority of the evening, a wonderful preview of things to come!

The Berlin business events continued on Wednesday, September 20 as the Canadian delegation was invited on unique office tours and to information sessions around the city. The first stop was at the Sage Club/KitKat Club where the Canadian delegation was given a tour and impressive historical insight into the evolution and importance of the club culture in Berlin. This was followed by a visit to Sage Restaurant for an introduction and overview of how the Berlin club scene operates, presented by the Berlin Clubcommission. 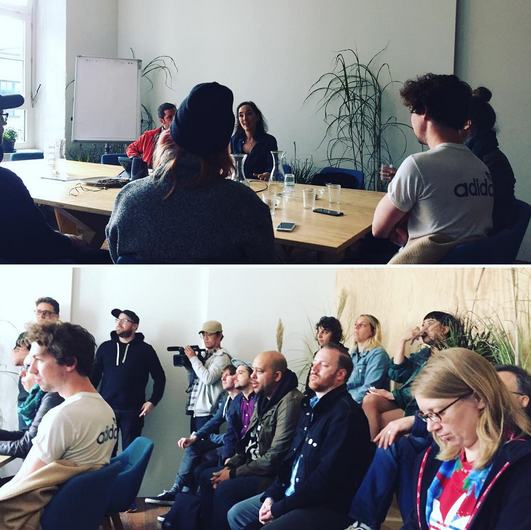 Delegates then visited the FluxFM radio station where they received a presentation on the unique indie driven alternative radio station, online platform and event space. In the same building, the Canadians made stops at XJazz Festival and Horstmann Unternehmensgruppe as well as Zebralution. All tours gave the Canadian delegates the opportunity to make new contacts and receive new resources/information on how to get Canadians on air and into events/festivals in Germany. 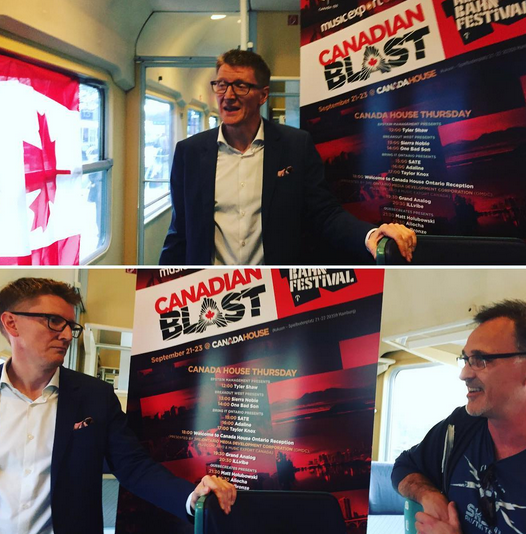 From there delegates boarded the Reeperbahn Networking Train, presented by Canada, where they met with international delegates for the trip from Berlin to Hamburg. CIMA’s president Stuart Johnston and Minister-Counselor Jason Tolland of the Embassy of Canada in Berlin welcomed Reeperbahn delegates and introduced acoustic Canadian performances on the train from: La Bronze (QC), Port Cities (NS) and Sarah MacDougall (YK). This was a great opportunity for pre-meetings and new relationships to be established between Reeperbahn delegates before embarking on the 3-day festival. Thank you to our train sponsor Membran Entertainment Group for their support! 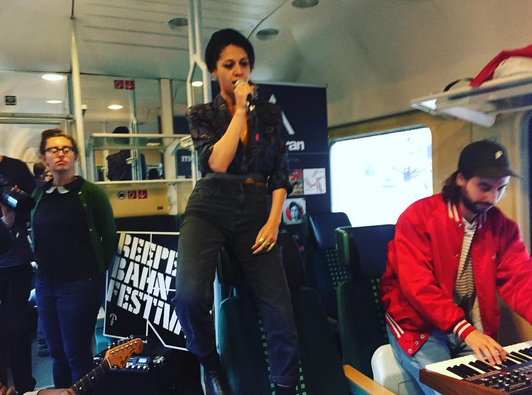 In Hamburg, the first day of Canada House at Reeperbahn kicked off on Thursday, September 21 with showcases presented by Epstein Management, Manitoba Music, SaskMusic, the Ontario Media Development Corporation (OMDC) and MusicOntario. Showcasing artists included: Tyler Shaw (BC), Sierra Noble (MB), One Bad Son (SK), SATE (ON), Adaline (ON) and Taylor Knox (ON). 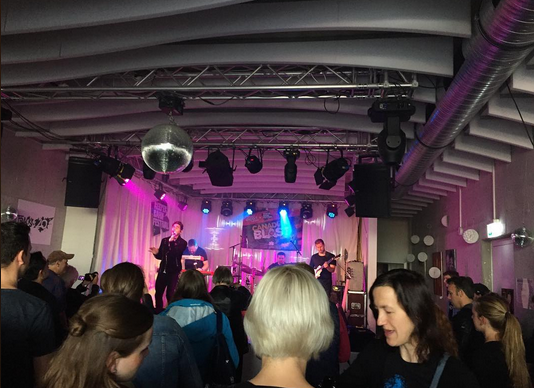 Following an afternoon of great Canadian performances, the Ontario Media Development Corporation (OMDC) with MusicOntario and Music Export Canada presented the Welcome to Canada House Ontario Reception at Kukuun. The OMDC’s Director of Industry Development, Kristine Murphy, welcomed international guests who enjoyed a soundtrack of Ontario music and media while they mingled with the Canadian delegation. 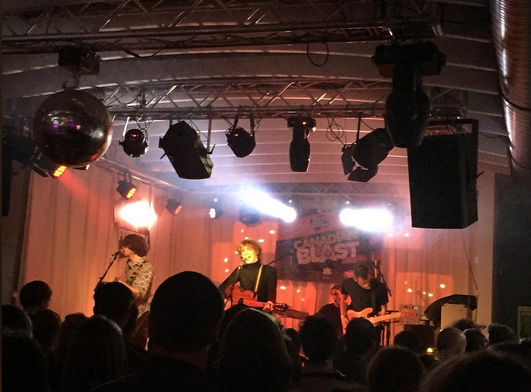 The performances continued into the evening with showcases presented by the OMDC, MusicOntario, Epstein Management and SODEC. Showcasing artists included: Grand Analog (ON), iLLVibe (ON), Matt Holubowski (QC), Aliocha (QC), La Bronze (QC) and The Standstills (ON). Despite a slight delay before the final band of the evening, the venue stayed at capacity as the crowd eagerly awaited even more Canadian music.

On Friday morning, the Canadian delegation was invited to participate in the Meet the Canadians matchmaking session held at the Wiener Bistro at the Arcotel Onyx. Over 250 meetings were facilitated in 90 minutes with 34 German and international delegates, with a focus on booking agents and label reps as well as distribution, publishing and PR.

Taking a small break from the showcases Music Export Canada, as the focus country, hosted a delegate’s reception at the Reeperbahn Festival Lounge, a chance for all registered delegates to mix and mingle. 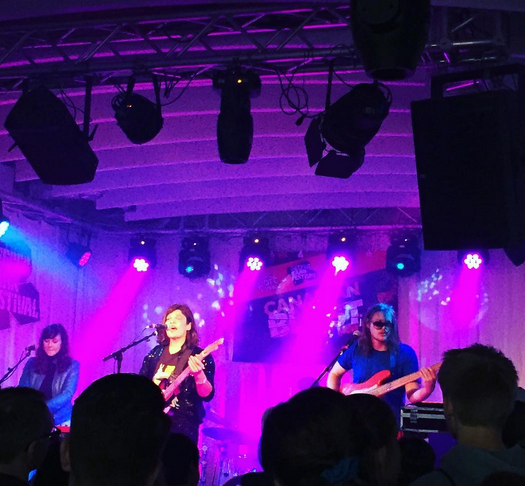 The party kept going straight into the evening with even more showcases presented by Music BC, Manitoba Music and Richard Flohil & Associates. Showcasing artists included: The Tourist Company (BC), Youngblood (BC), AMISTAD (BC), Dear Rouge (BC), Boniface (MB) and The Jerry Cans (NU). It was yet another packed evening at Kukuun as audiences didn’t want to leave and cheered during the first ever encore at Canada House for Nunavut band The Jerry Cans. 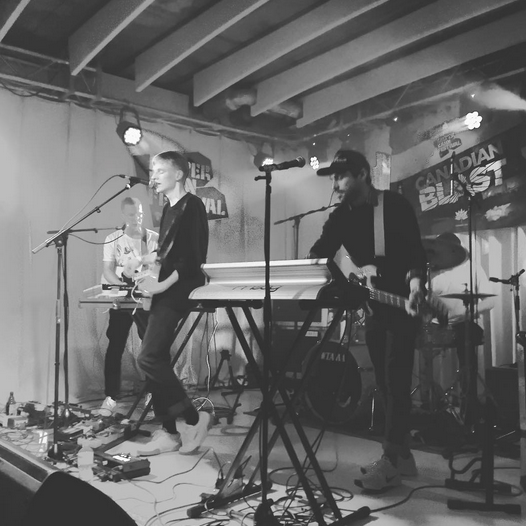 The third and final day of Canada House kicked off with the aptly named Hangover Reception for the Canadian and international delegates. On the last day of showcases, delegates still made their way over in droves for more Canadian music. 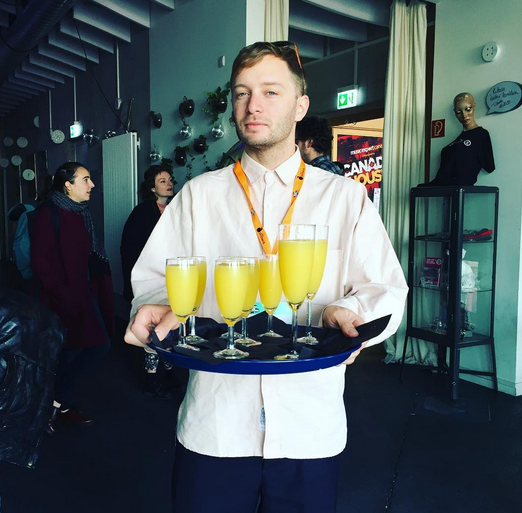 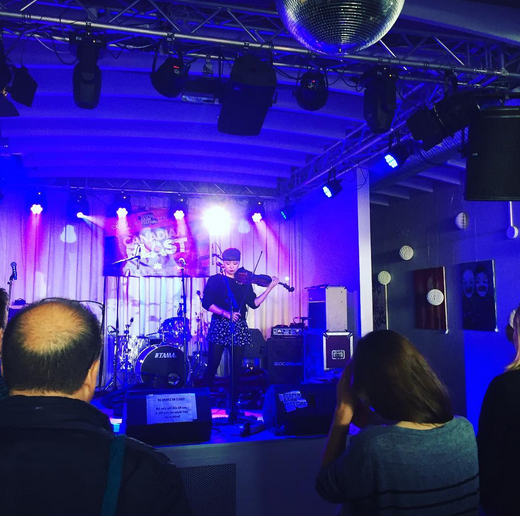 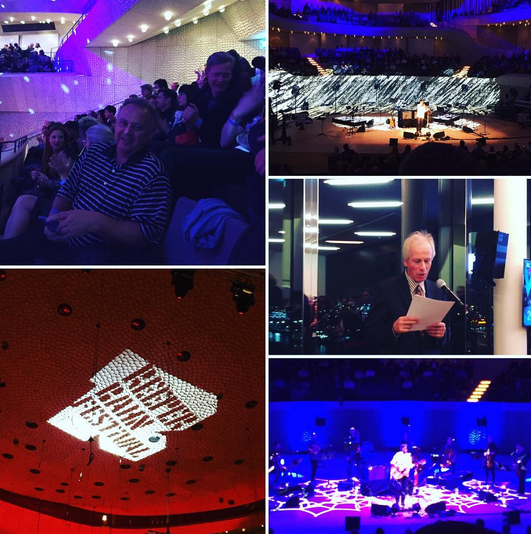 In addition to CIMA’s events, our Canadian delegation was invited to an exclusive reception at the impressive Elbphilharmonie concert hall in Hamburg where the Honourable Stephane Dion welcomed Canadians and international guests. Guests then enjoyed an ethereal performance in the concert hall, which featured Canadian multi-instrumentalist, composer and Polaris Prize winner Owen Pallett with German orchestral band stargaze. FACTOR, Reeperbahn and the Embassy of Canada in Berlin produced this event.

We thank the organizers of Reeperbahn for highlighting Canada as the focus country at their festival and conference during our country’s sesquicentennial celebration.