For the fourth year in a row, CIMA brought Canadiana back to the “Music City” (Nashville, TN) for the 2017 edition of the Americana Music Festival and Conference. From September 12-17, the festival welcomed legendary artists, rising stars and industry professionals spanning from roots, country, folk and blues genres. 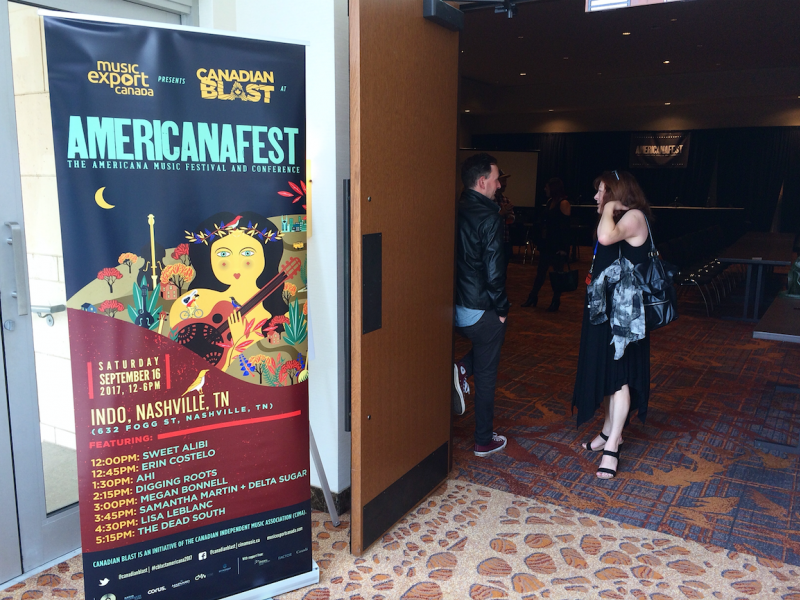 Eight Canadian companies and one artist entrepreneur joined CIMA’s delegation for a Canadian Blast showcase as well as our business events the “Country Connections” speed dating session and a networking reception.

The events kicked off on Thursday, September 14 with the inaugural Country Connections at Americana in which CIMA partnered with Sounds Australia to host a speed dating session between Canadian, American and Australian delegates. In total, 23 delegates participated in the 2-hour speed dating session. This was directly followed by a networking reception, which was attended by 45+ delegates and their artists. 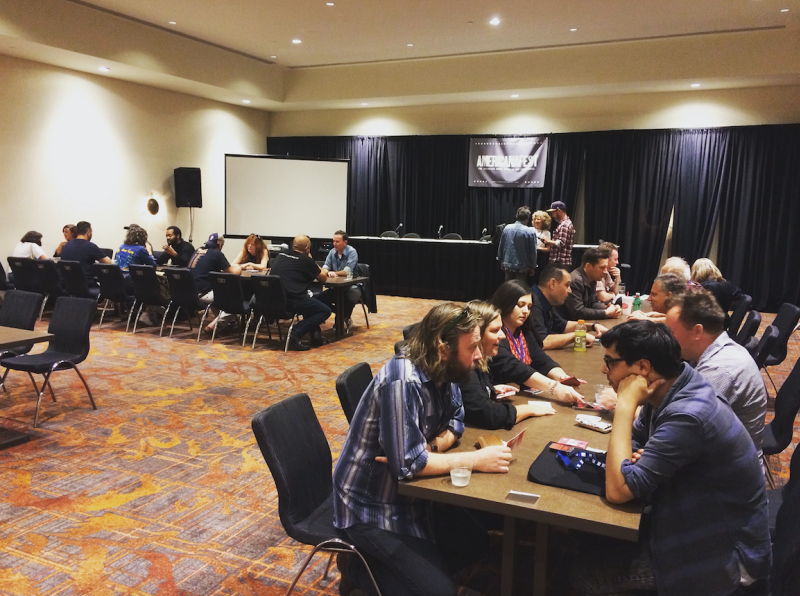 On Saturday, September 16, InDo Nashville hosted the fourth annual Canadian Blast showcase, which featured eight Canadian performances. Winnipeg’s own WCMA award winners Sweet Alibi (MB) were first up on the stage as they showcased their blend of folk-roots-soul sound and kicked off an afternoon of great Canadian music! Nova Scotia singer-songwriter Erin Costelo (NS) was next on stage and her powerful vocals instantly captured everyone’s attention.

The afternoon of music kept rolling along with Ontario indie-soul/alt-folk songwriter AHI  (ON) who created an interactive experience for the audience as he asked the crowd to stand right up against the stage and sing along with him! Anishinabe Onkwehonwe musicians Digging Roots (ON) hit the stage next and their powerful roots-rock sound had everyone at the InDo up on their feet dancing along – especially when lead vocalist Shoshona Kish had the entire crowd join hands and participate in a round dance. 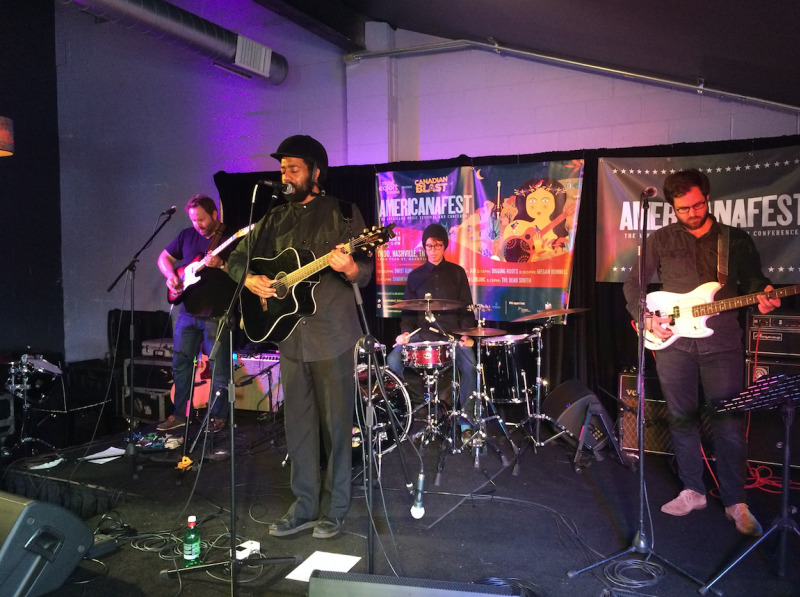 Attendees then enjoyed two very different sets as indie-folk singer-songwriter Megan Bonnell (ON) silenced the InDo crowd with her haunting vocals and then powerhouses Samantha Martin + Delta Sugar (ON) kept the party rocking with their upbeat gospel-soul sound.

Things got even louder when Montreal’s own Lisa Leblanc hit the stage and performed songs from her 2017 Polaris Music short listed album Why You Wanna Leave, Runaway Queen? on both her guitar and banjo.

It was Saskatchewan’s The Dead South (SK) who wrapped up an afternoon of great performances! The band performed to a jam-packed room, with several fans that had driven cross-country just to see them. 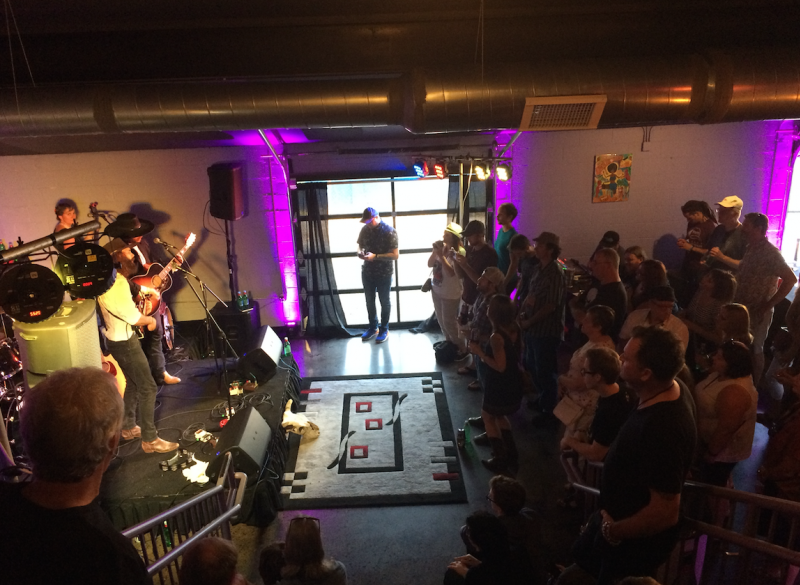 Thank you to the Americana Music Festival and Conference for having us back for another successful year and to the InDo Nashville for providing us, for the second year in a row, with a great venue for our Canadian Blast showcase!