Posted on
September 29, 2017
Tagged as
2017, AGM, Board, CIMA, Kensington, Secret Broadcast, The Supermarket

TORONTO, ON - On September 28, the Canadian Independent Music Association (CIMA) held its Annual General Meeting in Toronto’s Supermarket, a busy live-music venue – inviting members, stakeholders, and supporters to celebrate the successes of the past year, while looking ahead at what's in store for 2018 and beyond!

The AGM was kicked off by a soulful performance by country singer-songwriter Jessica Mitchell, followed by a presentation by Nielsen Music Canada’s Paul Shaver, highlighting how data can be used to understand the market. The event wrapped up with an energetic set by rock-band Secret Broadcast (pictured below). 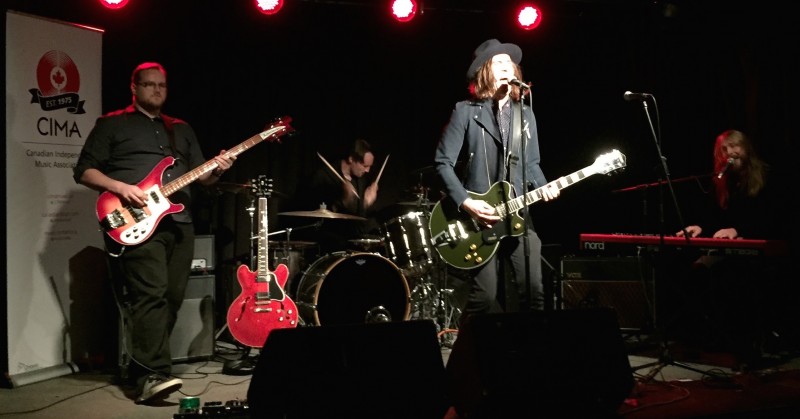 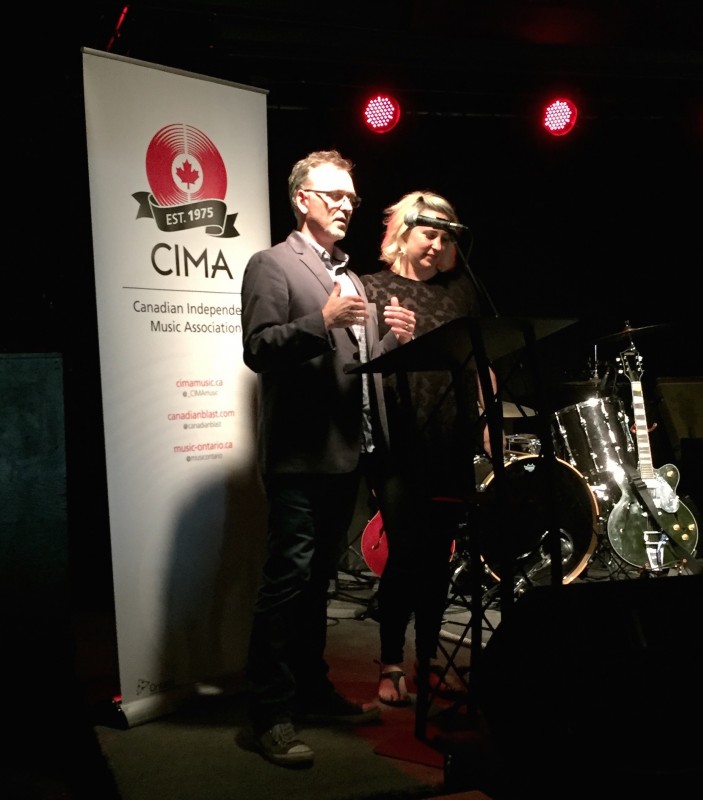 Much of CIMA’s research, policy and advocacy work was highlighted in President Stuart Johnston’s speech. Starting with the release of three great reports, including the freshly launched “A Continent of Opportunities” which takes a deep dive into the Latin American market, highlighting Canadian opportunities in several key markets from Mexico to Chile. Johnston points out that in the last year, CIMA has engaged in 53 formal meetings with politicians and bureaucrats to provide strong advocacy and input on everything from the Minister’s Digi-CanCon consultations, NAFTA, export funding, Copyright Board reform and Copyright Act review.

When speaking to the packed room, Johnston emphasized: “I’m very proud and honoured to lead an organization that is solely focused on helping all of you succeed, in whatever way we can.”

Today’s speech by Heritage Minister Mélanie Joly’s “Launch of Creative Canada” speech touched on many of CIMA and other industry partners’ areas of focus – demonstrating the efficiency of their collaborations and advocating efforts.

In business matters, a new board of directors was elected to helm CIMA through 2017-2018. Out of a pool of 13 candidates, the following 9 were elected:

CIMA would like to extend a warm thank-you to the 2016-17 Board for its hard work and leadership, as well as to congratulate and welcome the 2017-2018 Board. None of these projects would be possible, without their supporters and government sponsors: the Government of Canada; the Government of Ontario and the Ontario Media Development Corporation (OMDC); the Radio Starker Fund; Rogers, Slate Music, the Society of Composers, Authors and Music Publishers of Canada (SOCAN); Harvard Broadcasting; FACTOR; Stingray Music; JazzFM; ACTRA and the Recording Artists’ Collecting Society (RACS) and the Musicians' Rights Organization Canada (MROC).Pictures will be uploaded to CIMA’s Canadian Blast Facebook page – be sure to check it out!