This week the JUNOS make their return to Toronto and CIMA wants you to join us as we host a morning event targeted to the independent music community.

The event will include a welcome address by CIMA’s President Andrew Cash. This will be followed by a keynote panel from five international innovator/entrepreneurs from the vibrant American music sector.

The panel interview will be conducted by former CIMA Board Chair Lisa Logutenkow (then of Dine Alone/Bedlam and currently VP, Canada, The Orchard), with discussions and case studies focusing on how to conquer the global music industry from a small business perspective.

We are pleased to welcome and hear from

Attendees are also invited to join us for a networking brunch prior to the start of the panel!

Interested in attending? Click here to RSVP. We hope to see you there in person on Friday, May 13 to celebrate the indie community!

Get to know the speakers: 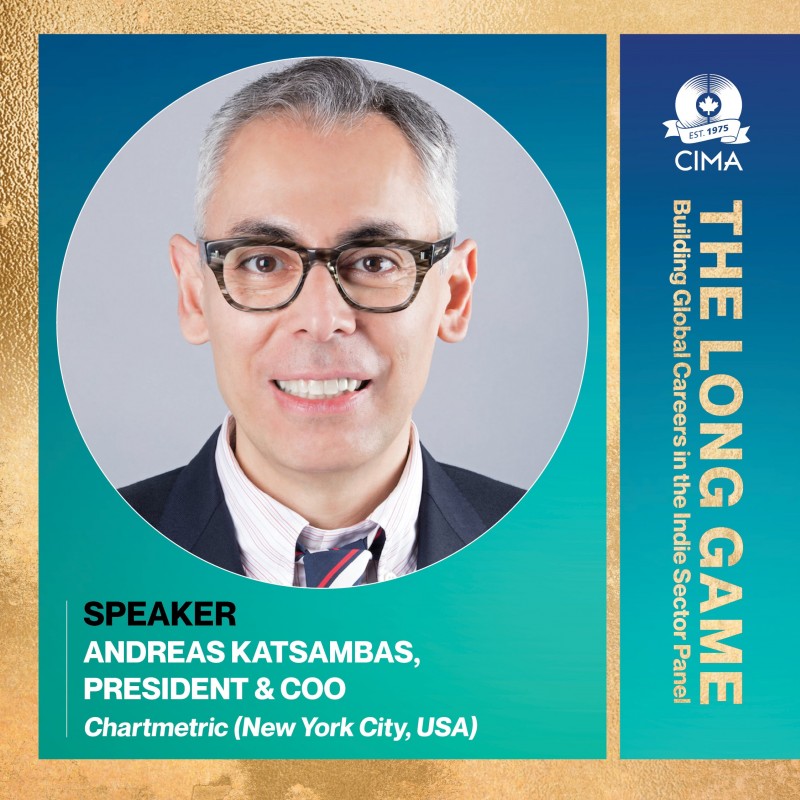 Andreas Katsambas founded The End Records, an independent record label, shortly after college. He signed and developed multiple successful artists (including Rock And Roll Hall Of Fame inductees The Zombies) during that period until BMG acquired the company in 2016. Andreas then joined BMG as Senior VP to oversee all international releases for North America. Later as Executive VP, he led BMG's development in Latin America and Canada, overseeing 30 releases achieving diamond (first ever for BMG), platinum or gold status.

During pandemic, he completed his Executive studies (General Management Program) at Harvard Business School were he received the distinction of Class Secretary and HBS Ambassador, both of which are lifetime roles. In June of 2021, he joined Chartmetric, a data analytics music company, in the role of President & COO to oversee the strategy, marketing, HR and operations functions. 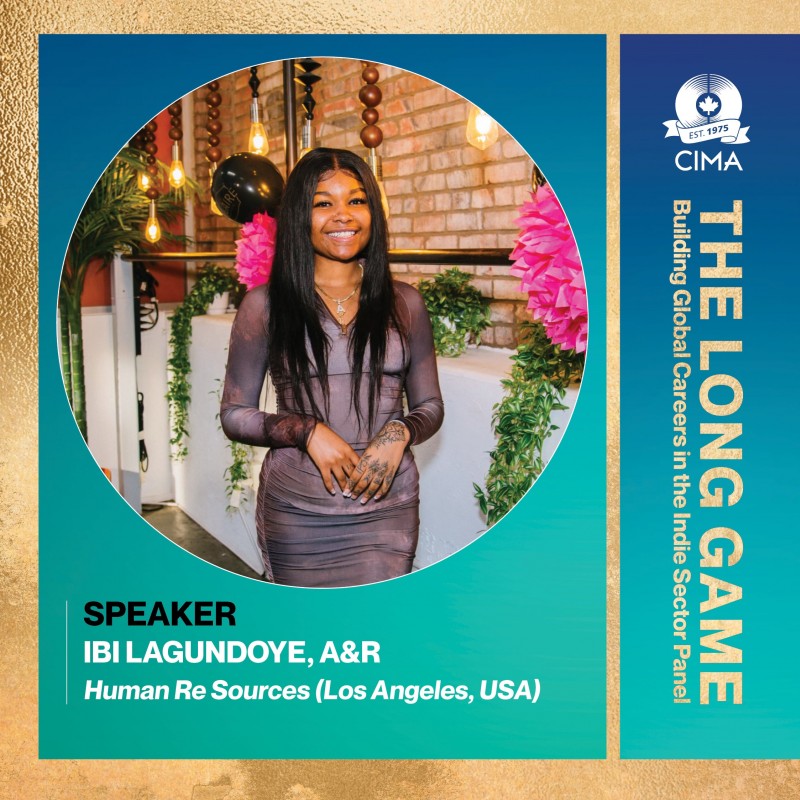 Anchored by the pillars of culture, community, and music, Ibi Lagundoye takes pride in providing the best possible solutions and creative direction to artists of all calibers. Previously, she worked as a Publicist for Plus One Music where she secured press coverage for rising hip-hop/r&b acts across the U.S. and Australia like VIBE WORLD ORDER, Stevan and Nate Husser in: FLAUNT, TMRW Mag, Audiomack, Revolt TV, and others. She joined Human Re Sources in 2021 as a Product Coordinator and eventually transitioned into A&R where she signed artist, Love Moor. She aims to elevate the talented roster of artists both here in the U.S. and globally. 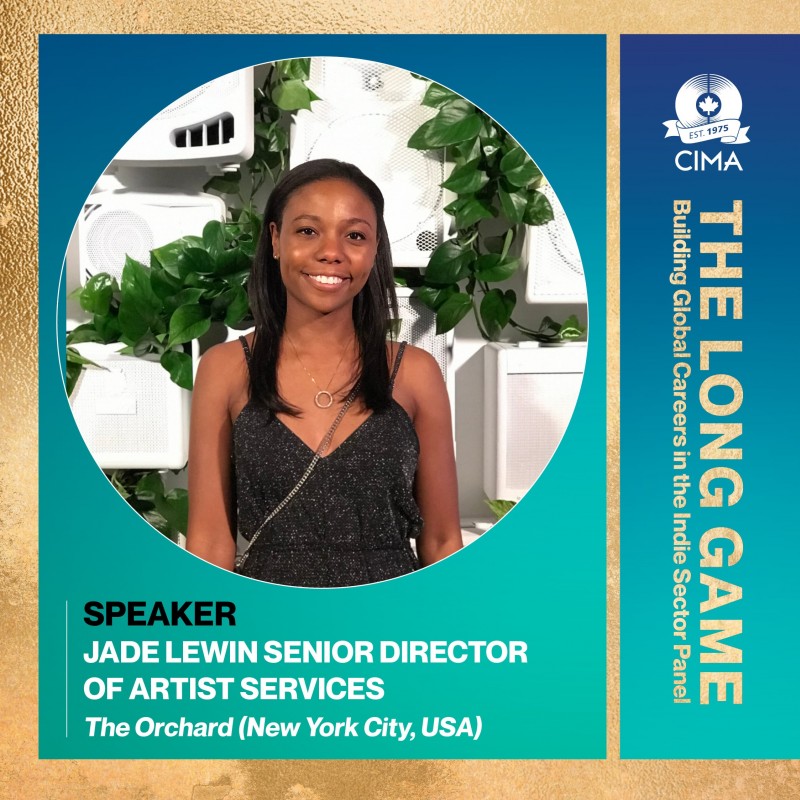 Jade is currently a Senior Director of Artist Services at the Orchard in the US. In her role, she leads on ideating and implementing creative global marketing campaigns with the goal of growing an artist's audience while driving music consumption. Prior to this, she was at Meta (fka Facebook/Instagram) for 6 years on their Artist Partnerships team strategizing with emerging and established artists to help them tell their stories and connect with their audiences through social media. 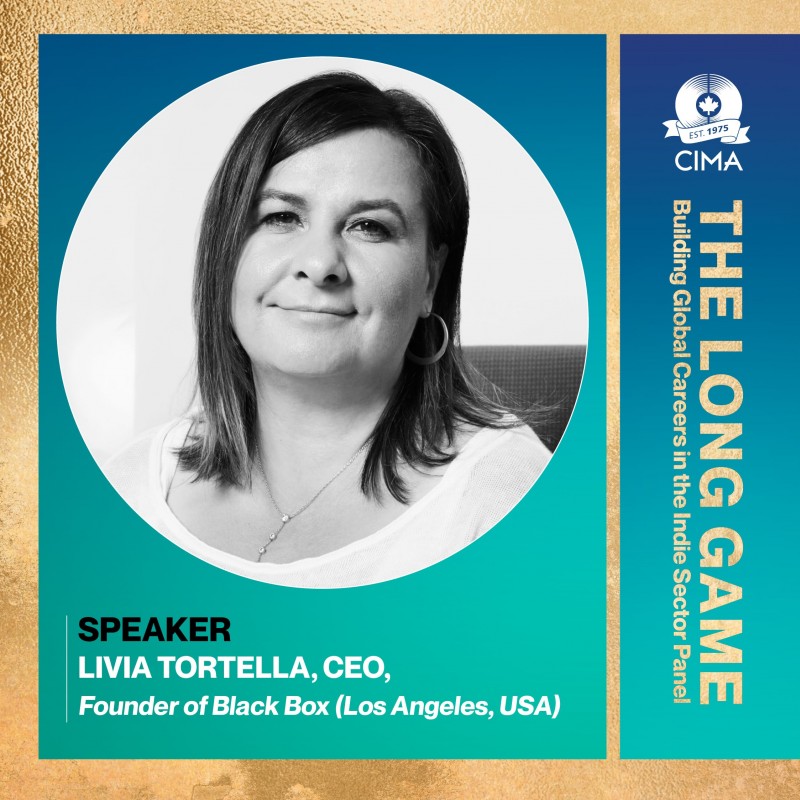 Livia Tortella is the founder and CEO of Black Box Music Agency.

A music entertainment executive with a track record for developing top artists and growing revenue, Livia has taken her career from PolyGram Canada to Island Def Jam Music Group, Atlantic Records, and on to Co-President of Warner Bros. Records in Los Angeles.

Known for her expertise in music marketing, artist development, content creation, executive production of motion picture soundtracks, and corporate strategy, Livia has an intimate understanding of all aspects of the music industry. She has worked closely with chart-toppers and breaking artists alike, and is constantly searching for new ways to build and engage their audiences.

It is her commitment to artist’s careers, combined with her belief in the new music economy, that led her to create Black Box. 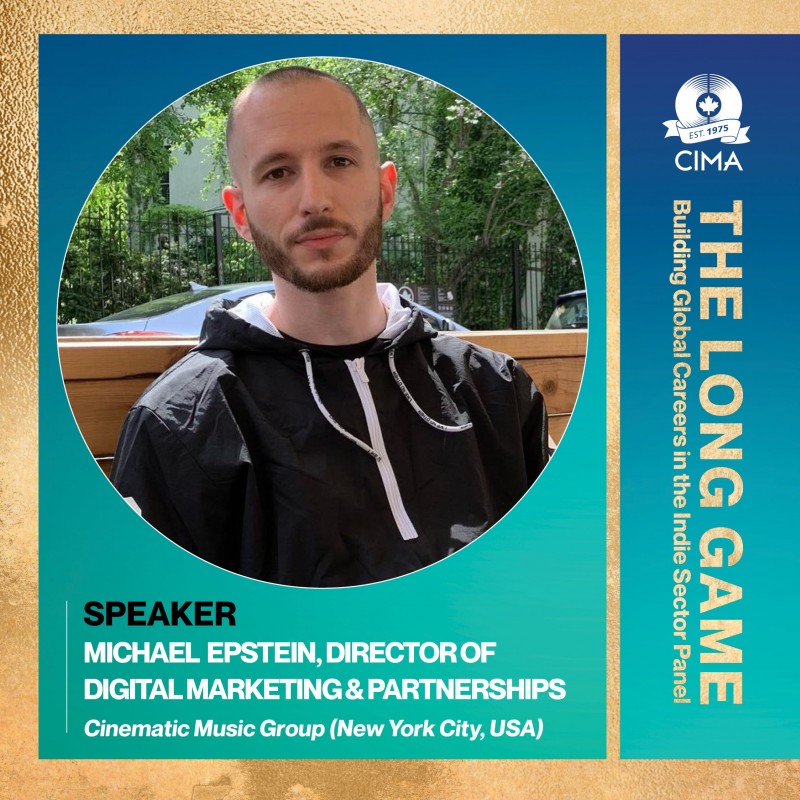 “You owe it to yourself to become everything you’ve ever dreamed of.”

Hailing from Bergen County, New Jersey, Mike Epstein has always had his eye on a career in the big apple. He began working at Cinematic in 2014, and quickly garnered acclaim for his work on Cinematic Artist Flipp Dinero’s hit single “Leave Me Alone”, which gained viral fame and would go on to earn quadruple platinum RIAA certification, and more importantly, change Dinero’s life forever.

Mike’s role in breaking the new artist would earn him a reputation for performing at a high level and doing it with respect, care, and values. Mike is always keeping the best interests of Cinematic artists in mind. With ethics at the forefront of his values, he remains with Cinematic Music Group today, where he leads digital marketing and efforts to develop new relationships for promoting Cinematic's roster of artists using digital, social media, and live performance platforms. He also leads a team of digital strategists to design promotions for album releases, live touring, content releases, d-2-c e-commerce, viral and influencer marketing, and website development for major artists that have included T-Pain, Flipp Dinero, Luh Kel Yungeen Ace, Mick Jenkins, and more. With almost a decade of music industry experience, Mike is building his own reputation for his close relationships with artists and their wide digital success.

Mike has spoken at the 2019 and 2021 Digital Summit in multiple cities across the country, and at Music Biz Association’s 2021 Virtual Conference. He was named a 2021 HITS Daily Double Noisemaker and continues to remain at the forefront of music and technology. Mike looks forward to continuing to pass knowledge to the next generation of music executives, and inspire people to chase their dreams and go after what they love.

Lisa Logutenkow (then of Dine Alone/Bedlam and currently VP, Canada, The Orchard) - Moderator 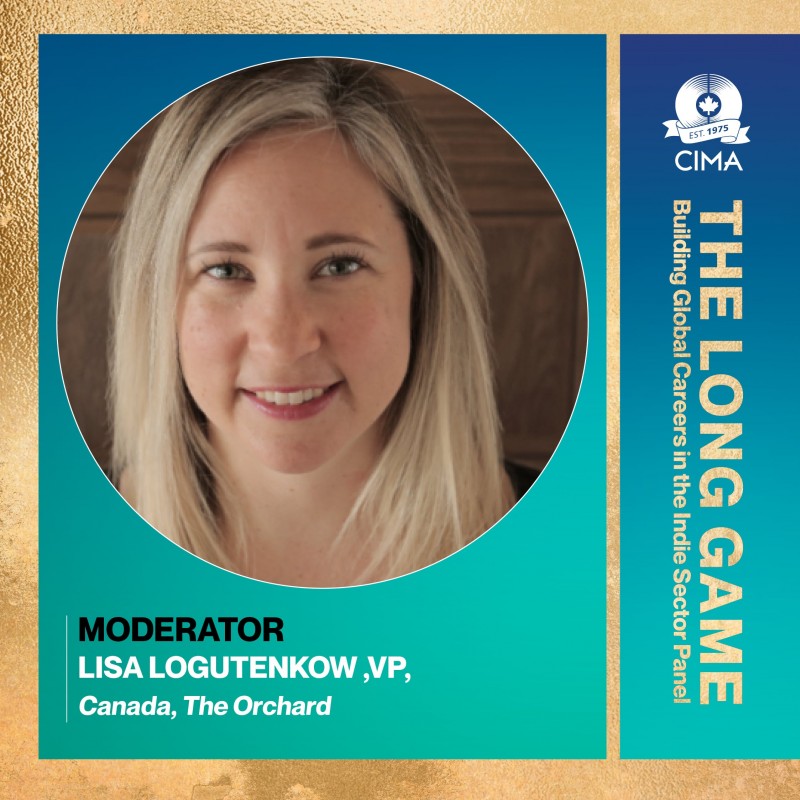 Lisa Logutenkow began working with Bedlam Management in 2005 following six years as a tour manager. Less than two years later she took over operations of Dine Alone Records and Bedlam Management, expanding the label’s roster domestically and globally attracting Grammy and JUNO Award-winning talent, including critically acclaimed artists such as Bedouin Soundclash, City and Colour, Alexisonfire, Arkells and many more. After working at Bedlam and Dine Alone for almost 15 years Lisa decided to accept the role of Vice President of The Orchard’s Canadian office where she could further help other Canadian Indie labels, artists and managers grow their businesses and brands.