It’s time to get back on stage and reconnect in person with fans, industry, and other artists! Six music industry associations — Music BC, Alberta Music, Sask Music, Manitoba Music, Music Nova Scotia, Music Ontario and CIMA — are working together to present two days of industry showcases and meetings in Toronto on November 15 & 16.

Come Together is an opportunity for export-ready artists from across Canada to meet with, build business relationships, and showcase for key music industry professionals from Toronto and surrounding areas including labels, agents, managers, publishers, music supervisors, publicists, and more. Participants will work directly with their music industry association to identify key music business contacts to invite and meet with. This event has goals beyond showcasing with a push towards industry connections, team building and business strategies for both artists and businesses.

The Come Together showcase will take place on November 15 from 1:00PM-7:00PM (ET) at the newly renovated El Mocambo (464 Spadina Ave) in Toronto. CIMA and our partners will also be hosting an afternoon of business events on November 16 between the showcasing artists, their representatives and industry delegates. This event has very limited capacity.

Interested in attending the showcase and/or business events? This private event is only open to industry delegates. Please contact jenia@cimamusic.ca for the link to RSVP.

Following Ontario COVID protocols, attendees must show proof of being fully vaccinated and must wear a mask upon entering the venue.

The event will be fully accessible, with elevators on site, and gender-neutral washrooms located on the upper floor.


Get to know the showcasing artists: 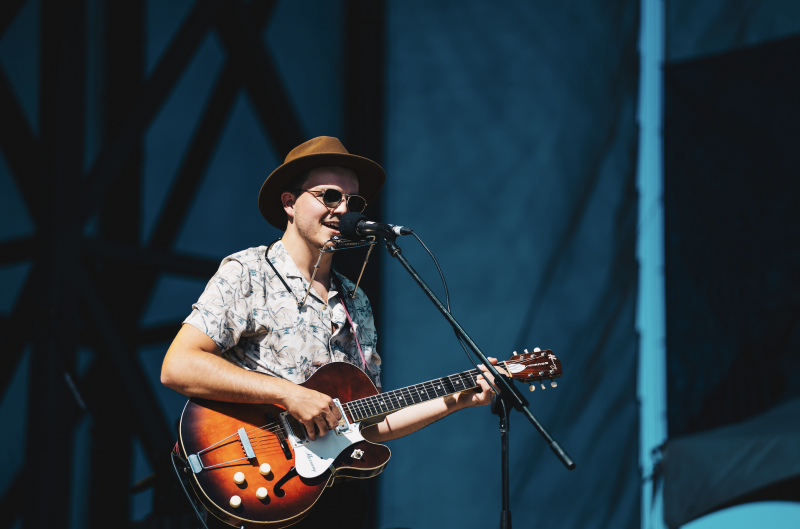 Blending authentic songwriting with modern indie flare, Braden Lam is forging the path to a new 21st century folk-pop. The young artist from Halifax, NS takes listeners on a journey of growth and aspiration with his latest EP "Inside Four Walls", six songs that walk from adolescence and a wide-open future into the reality of adulthood and its sundry limitations, trying to find the ideal balance between art and responsibility. It’s music for driving and singing along to, for late night heart-to-hearts and Sunday morning papers, for growing up and letting go. The album has garnered much media and industry attention including a 2021 East Coast Music Award nomination for “Rising Star Recording of The Year”. With his export-ready band, Braden has been tirelessly touring the country for the past 4 years, releasing music, and making a name for himself not only on the stage, but also through his online presence and clever marketing. He is on a trajectory of major career growth as he prepares his debut full-length album and looks to expand his team with label-partners and booking agents in various markets. 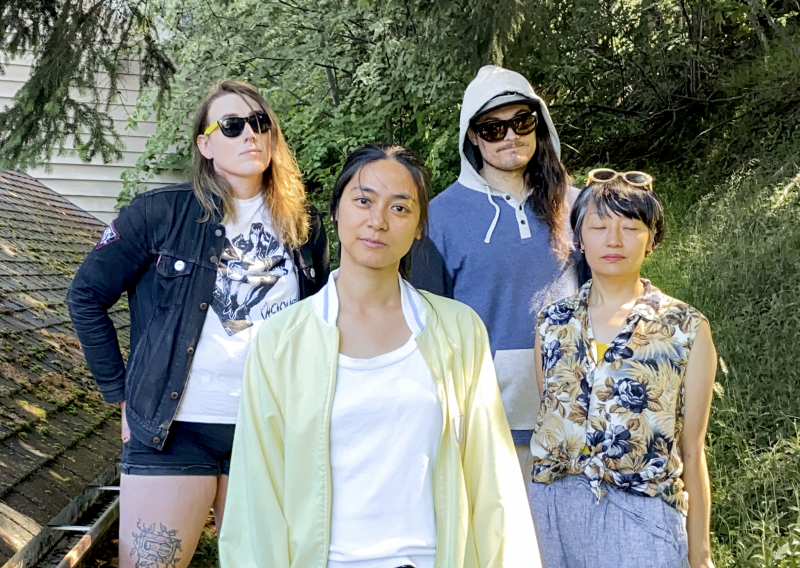 Century Egg is a band of escape artists. On their latest release, the Halifax four-piece blaze through basement pop jams carefully crafted with the desires of the listener at the front of their minds. Coming hot off the heels of a series of EPs, Little Piece of Hair is the band's loudest, clearest mission statement to date. Boasting a new rhythm section of Matty Grace on Bass and Meg Yoshida on drums, Century Egg is a band reborn. Still present is the dance-punk bliss of previous Egg outings, only bolder and brighter. Century Egg makes music to remind you to be free. 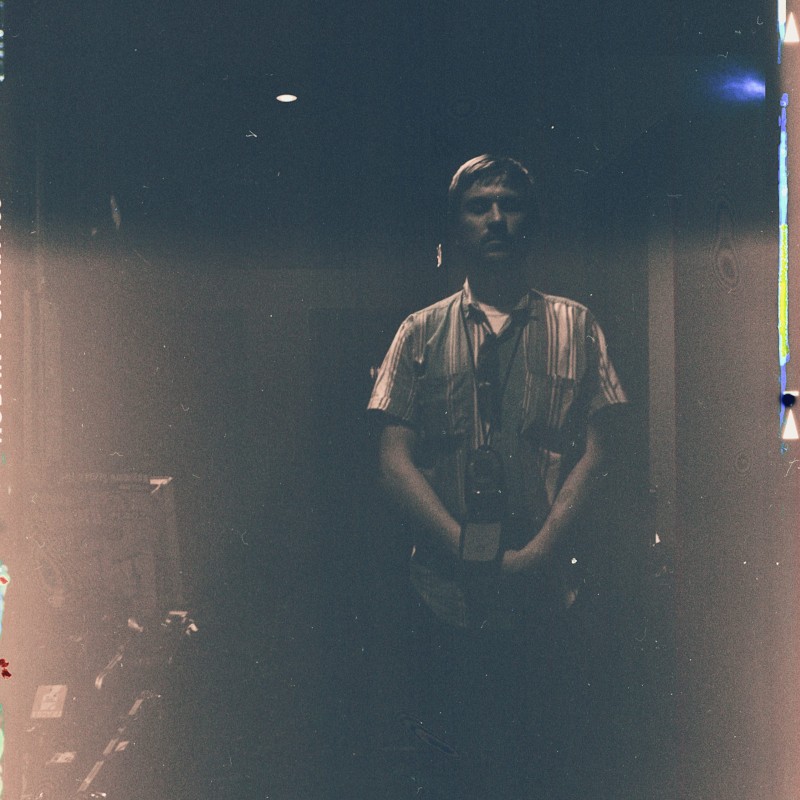 GW lead Evan Uschenko grew up cashing guitar player cheques at the gas station after the banks had closed. That same shrewdness is palpable in the music, where lean punk rock melds with union man melodies into what taste like premium cocktails - drawing comparisons to contemporaries like Kurt Vile, the Black Lips, and Steve Buscemi. A warm, low sodium hue bath in a blinding time, look for the GW name emblazoned on a marquee in a town near you. 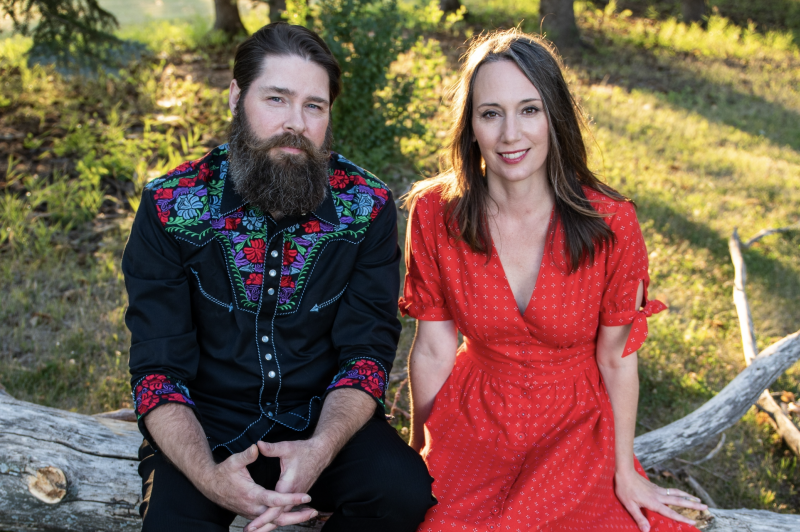 Canadian Folk-Americana duo, Last Birds, is the offspring of husband/wife song- writing team, Lindsay Arnold and Mike Davis. After a decade of married life in the tiny town of North Portal, Saskatchewan, the couple started their music career together. Mike and Lindsay's first project, Hook & Nail, won them a Canadian Folk Music Award nomination for New/Emerging Artist of the Year in 2020. As Last Birds, Mike and Lindsay write songs focusing on close vocal harmonies and interwoven acoustic guitars while taking advantage of the musical intimacy possible in a spouse duo. Keeping instrumentation minimal, their songs hearken to the early days of country folk music while exploring dilemmas of the modern world. The duo’s live, "two voices, two guitars" style allows for dark, haunting storytelling to shine through while their on-stage banter reflects the humour with which they approach their marriage. 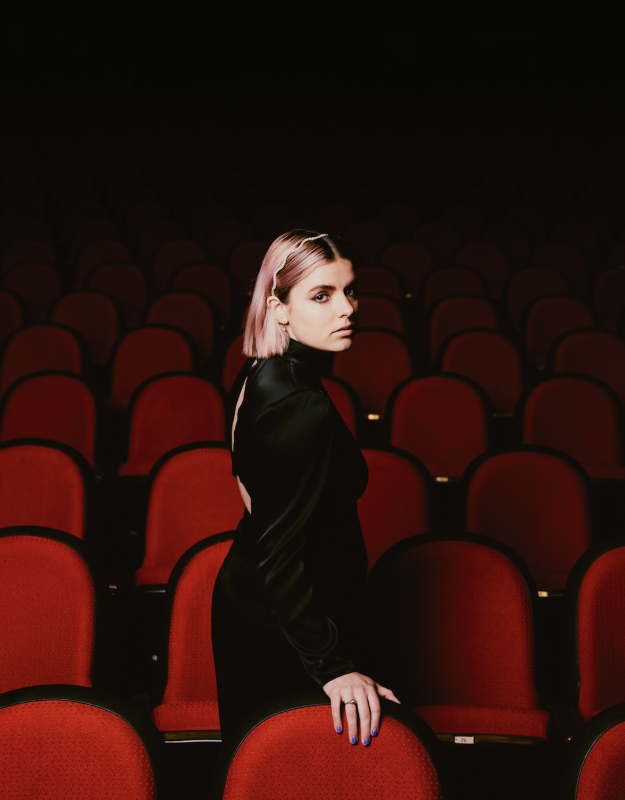 Marissa Burwell is a singer-songwriter from the heart of Saskatchewan, known best for her captivating yet endearing performances. Bittersweet is the debut LP by singer-songwriter Marissa Burwell set to release in January 2022. Her career has followed an organic trajectory from acoustic performances in small coffeeshops through to appearances at international festivals including Reeperbahn, Liverpool Sound City, and Breakout West. And now, on the heels of her self-titled EP, Burwell remerges as a fully realized artist. Bittersweet demonstrates remarkable growth, both as a songwriter and with her sonic palette. Her warm, summery voice and wry wit remain but beneath its indie-folk exterior the album is adorned with lush keys, warm synth passages, and subtle drum programming. Lyrically it is her most personal work, full of images of dinner parties, church, gardens and dads with wandering hands. “I’m 22 and I’m sitting in my room and I don’t know what to do with myself,” she sings on Trying To Help. Born and raised in Regina, Saskatchewan she writes one eye focused on childhood, the other gazing toward a hopeful future, and both feet planted firmly in the snow. The album was produced by Burwell along with her band. She’s joined by Chris Dimas (Bleeker, Surf Dads), Gage McGuire (Surf Dads, Big Day) and Madison Nicol. It features additional contributions from Chris Morien (Close Talker) and Brennan Ross (Library Voices). 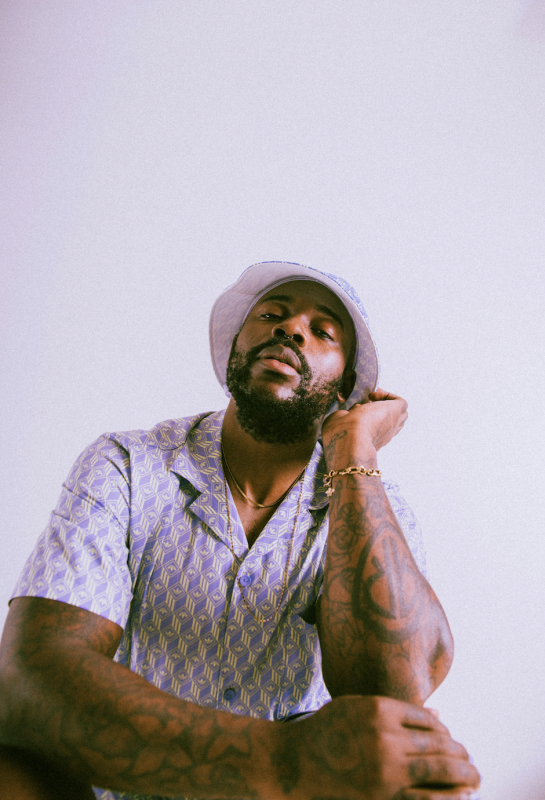 Born in Ghana, West Africa, and raised between the U.K. and Vancouver, Canada, artist and songwriter, Mauvey, filters his unique batch of alternative pop music with hip hop, R&B/soul always alongside his message: Love. “My message will always be Love” says Mauvey, who has designed his projects to distribute Love through the creative narratives of intentional songwriting, intelligent melody, and hypnotic beat. 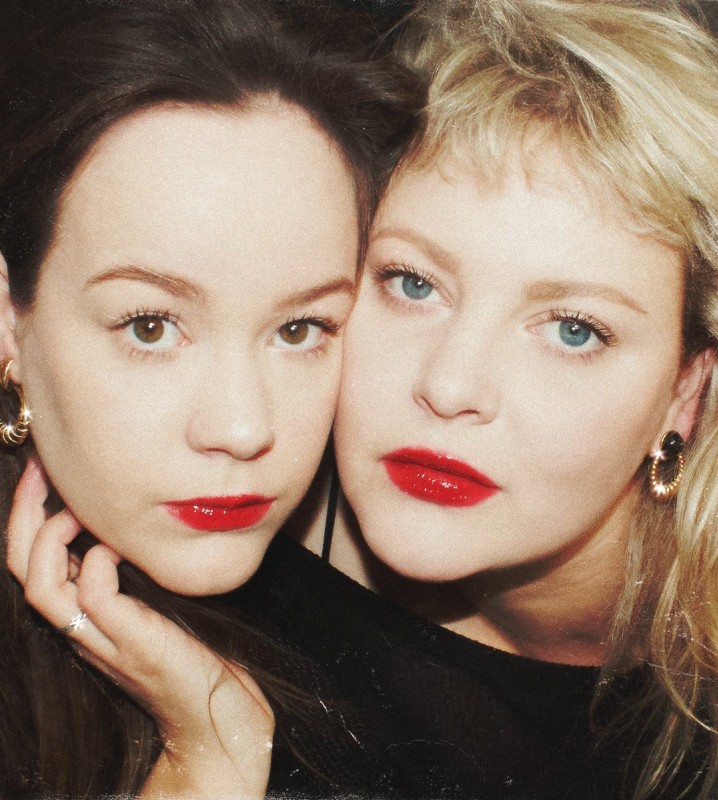 Mise en Scene is the grunge pop/garage rock band from the small Canadian prairie town of Gimli, Manitoba. Founded by BFF art school dropouts Stef and Jodi, the band is known for their whirlwind of rock-rooted, reverb-drenched dream pop that perfectly meshes modern vibes with vintage charm. Mise en Scene has turned heads on the stages of major international festivals like SXSW, Reeperbahn, The Great Escape, and Spain’s Primavera Sound. Daydreaming decadence and jam-packed dancefloors, they bring a raucous symphony of rolling thunder drums and Rickenbacker riffage with a bark that matches its bite. Their latest record Winnipeg, California was recently nominated for two WCMA awards in the categories Rock Album and Songwriter of the Year (2021). 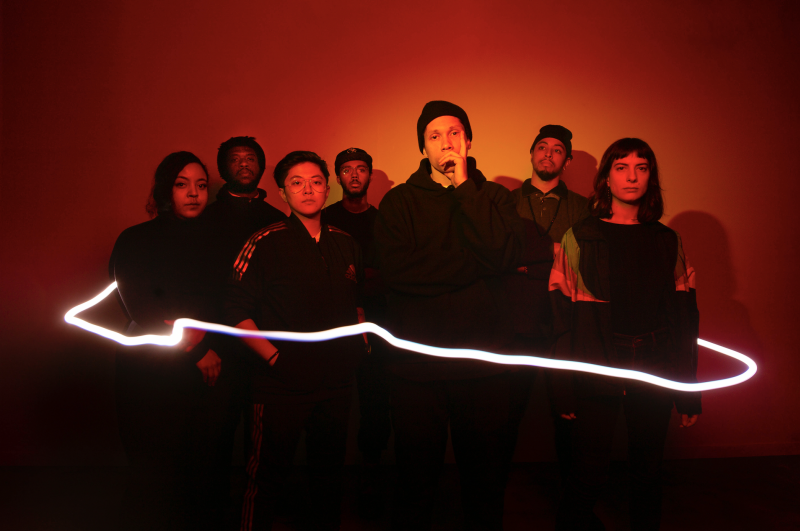 Golden-era taste, current-era based. Inspired by the dirty jazz loop sound of 90s east coast hip hop, Super Duty Tough Work is the live incarnation of hip hop culture's quintessential era. Revered for their methodically curated set, SDTW mixes laid-back with high-energy, for a satisfaction-guaranteed journey through culture, touching on everything from life as a struggling musician to police violence and racism in Canada and abroad. SDTW excels on stage and on record, bringing a fresh take on tradition in a movement where loops are slayed and jewels are the tools of the trade. In 2020, SDTW received a Polaris Prize nod making them the first Manitoba based hip hop act to be nominated. 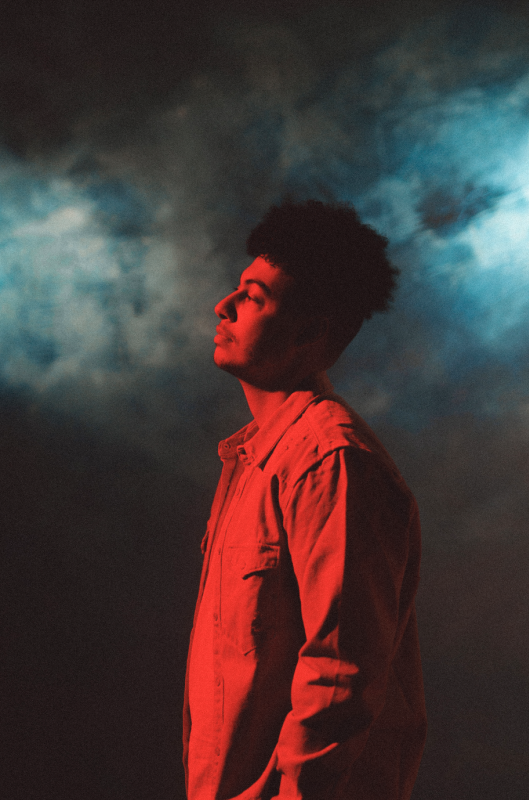 Teon Gibbs is quickly becoming one of the most well known voices coming out of Western Canada. Gibbs is a rapper/producer originally from Botswana, Africa. As a child, he moved between South Africa, Angola, and the U.K with his family before eventually setting roots in Vancouver, where he now calls home. His core sound is one that blends soulful chords, vocal samples and thick 808s to paint a bouncy and nocturnal canvas to which he can display an intimate understanding of good songwriting and witty wordplay. Not only does this Western Canadian Music Award nominee have one of the most memorable and show stopping live performances you’ll see, he is also a leader in Vancouver’s musical community. “I might do it for the culture” has become a statement piece in Gibbs’s journey. Giving voice and elevating the shared culture with the community is a key component of what fuels him as an artist. 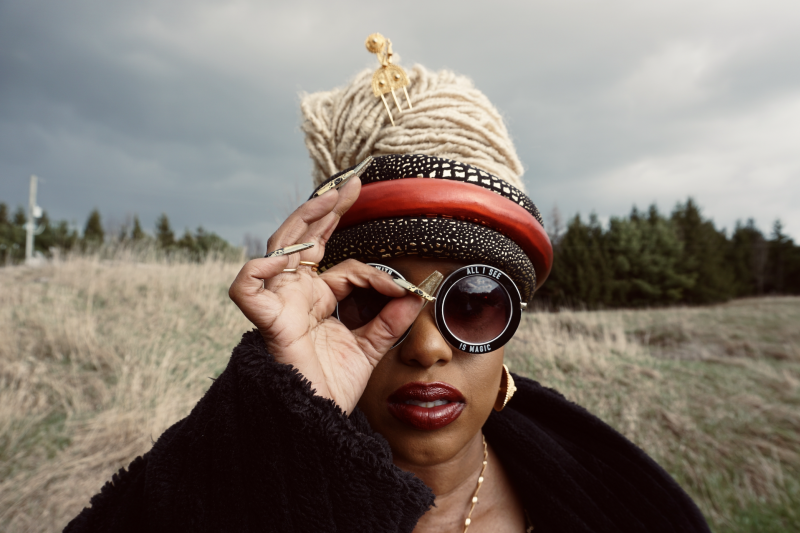