This September CIMA, in partnership with BreakOut West, Alberta Music, Manitoba Music & SaskMusic, will be returning to Nashville for a business & showcasing mission at the 2022 edition of the AMERICANFEST! We’re very excited to finally unveil the Canadian artists who will be accompanying us to Nashville this year.

Join us for great music, free food & drinks as we host a full afternoon of Canada House at InDo (632 Fogg St) on Friday, September 16 from 12:00PM-6:00PM. The event is open to conference attendees as well as the general public. Come out early to meet and network with the Canadians from 11:00AM-12:00PM and stay for the 9 exciting Canadian artists who will be performing throughout the afternoon.

Canadian companies representing the showcasing artists will also get the opportunity to participate in a morning of business events in partnership with Sounds Australia, British Underground and AMERICANAFEST. Canadian companies who will be in Nashville in September and who are interested in taking part in the business events can contact Jenia Schukov (jenia@cimamusic.ca) for more information.

Here are the 9 Canada House artists who will be joining us in Nashville this year:

Get to know the showcasing artists 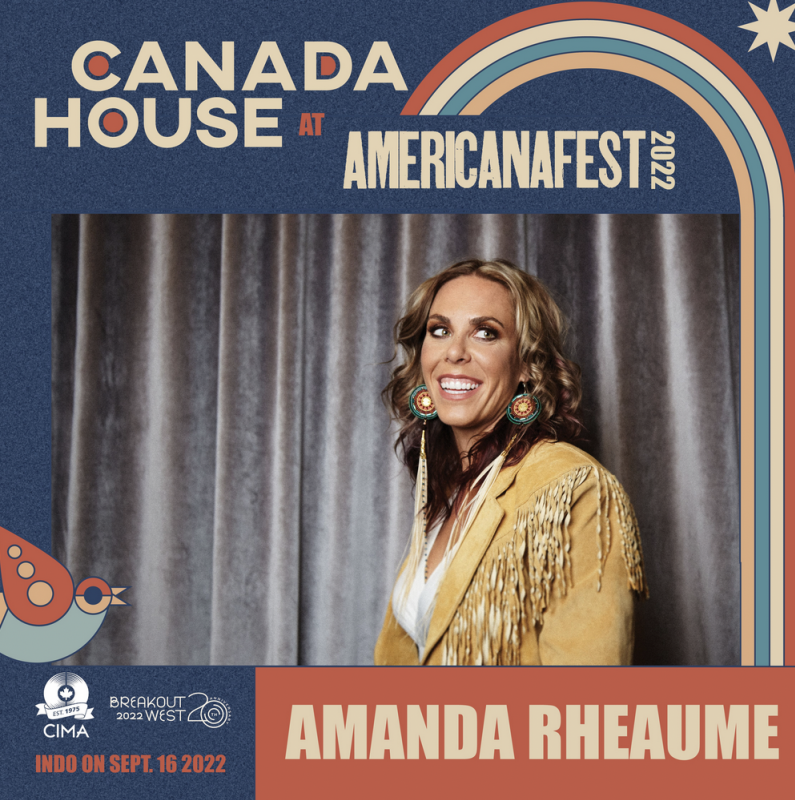 A Citizen of the Métis Nation, and an active and proud member of the 2SLGBTQ+ community, Rheaume’s music is indeed from the heart, and the land. First a songwriter, Rheaume comes from a long line of tireless, transformational organizers and activists, and carries this lineage forward in her ever-growing role as a crucial builder of Indigenous music infrastructure and community. 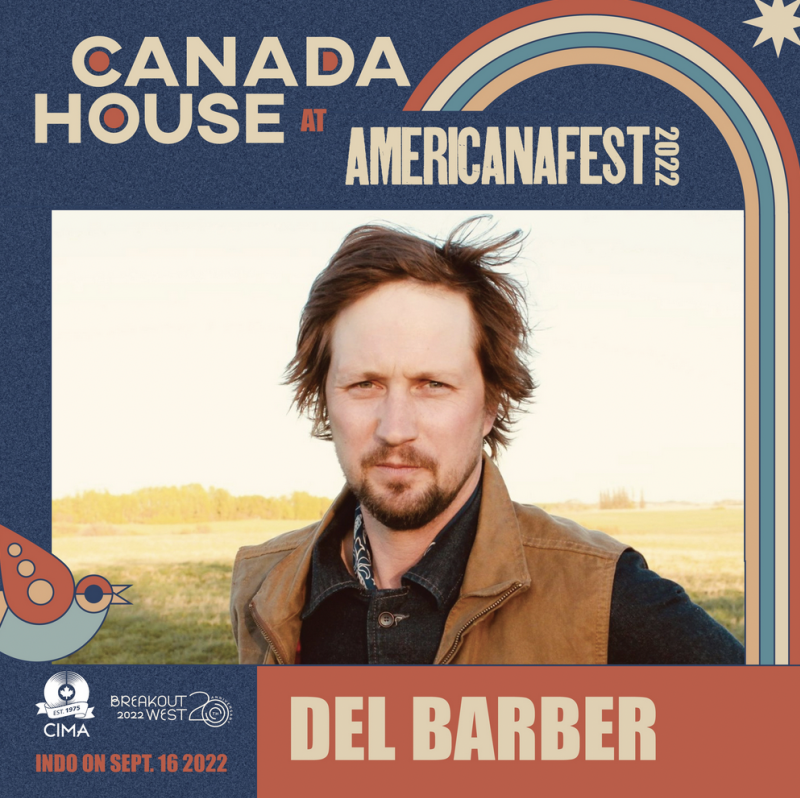 With nominations for JUNO Awards, Western Canadian Music Awards, and Canadian Folk Music Awards - Del Barber has shaped the folk music canon in Canada with five critically acclaimed studio albums under his belt, as well as a myriad of fans. His new album 'Stray Dogs’ (acronym Records), recorded in a cabin during the pandemic, has received critical acclaim from Rolling Stone Magazine and The Bluegrass Situation. 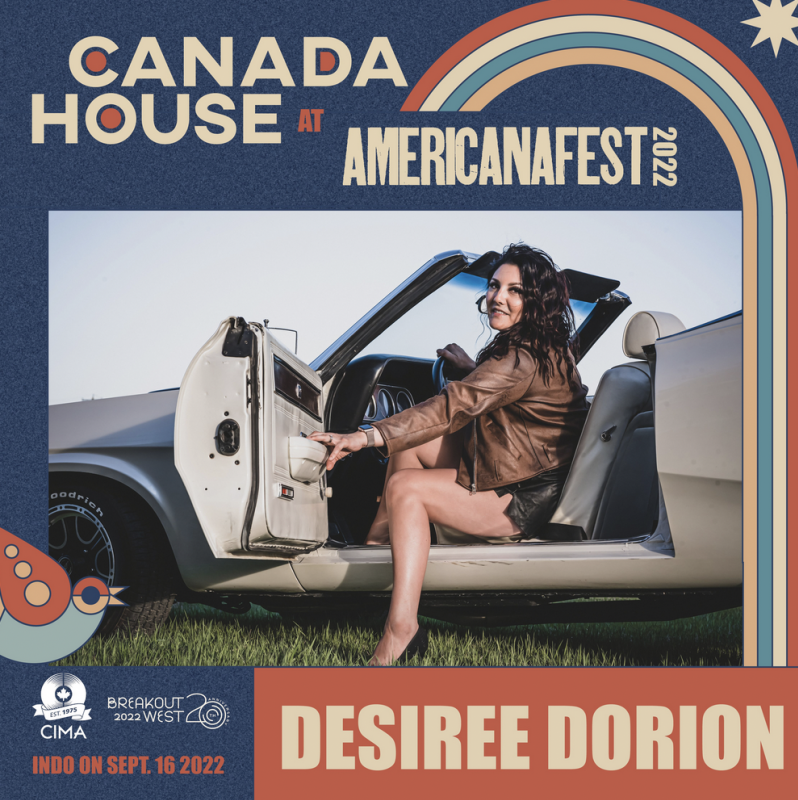 Desiree Dorion’s current release, “Wouldn’t That be Fun,” was co-written with one half of Doc Walker: Dave Wasyliw and was released in April, 2022. “Wouldn’t That be Fun?” is currently climbing the Indigenous music countdown and the Canadian country music charts (TRAX). The JUNO nominee is a proud member of the Opaskwayak Cree Nation. In June, 2021, she hosted the Achimotak series with the Canadian Country Music Association and is an artist ambassador with the Downie Wenjack Foundation. 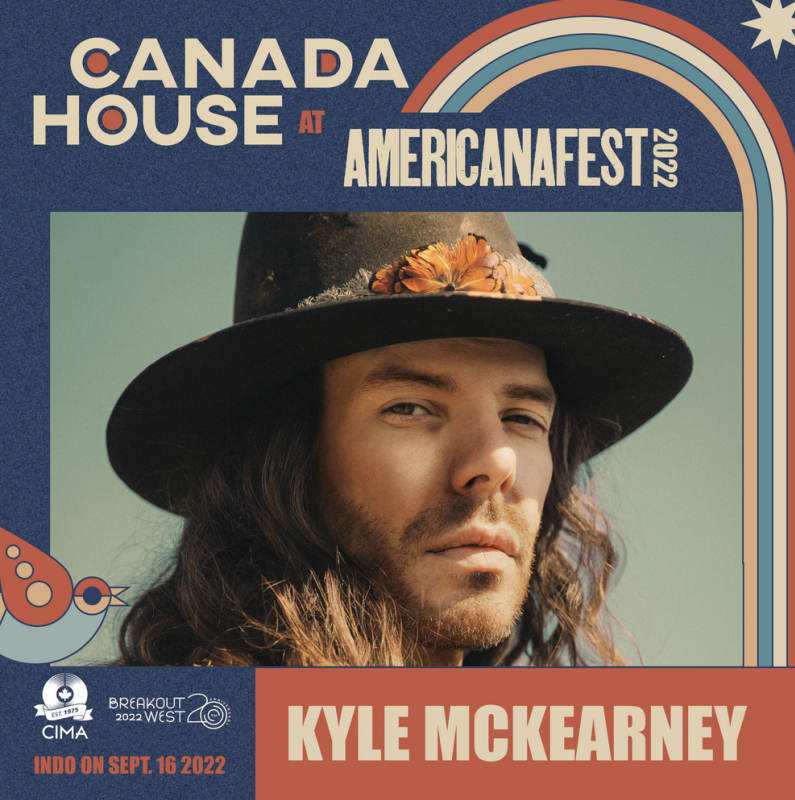 Kyle McKearney has made an impressive debut with the release of his debut album “Down-Home”. Recently named SiriusXM’s Top of the Country Semi-Finalist, Kyle is making way as Canada’s biggest breakthrough Americana artist. With 5x award nominations, 2nd place in Alberta’s Project Wild, he has amassed 900,000+ global streams. Kyle is now releasing music from his sophomore album. 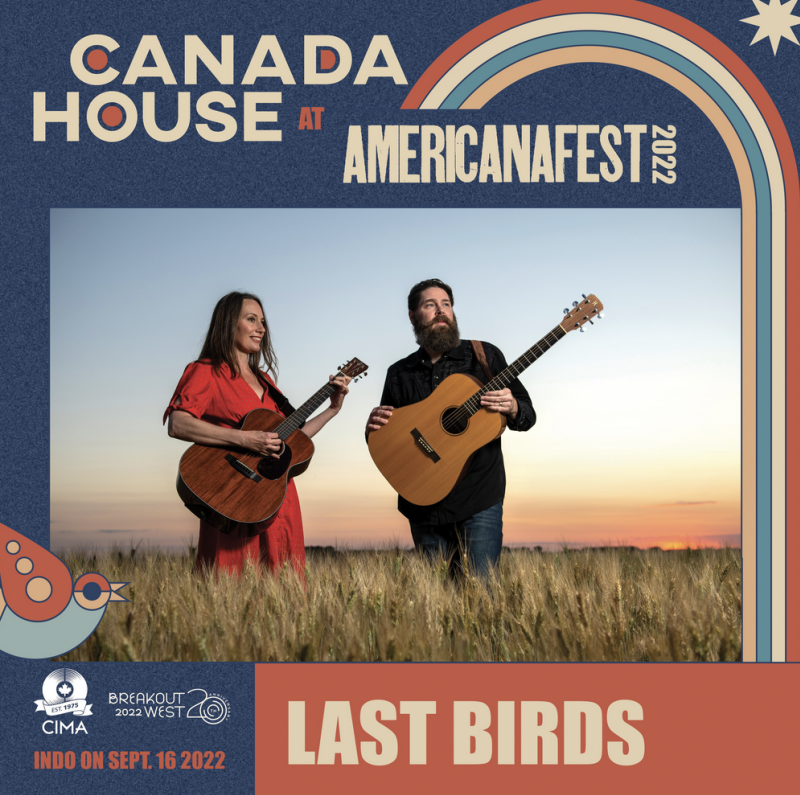 Last Birds is the offspring of Canadian Folk Music Award nominated artists Lindsay Arnold and Mike Davis. The couple’s time-travelling lyrics of aging love and other hardships are delivered with close vocal harmonies layered over interwoven acoustic guitars. Their haunting sound hearkens back to the early days of country folk music while keeping their boots firmly planted in the modern day. 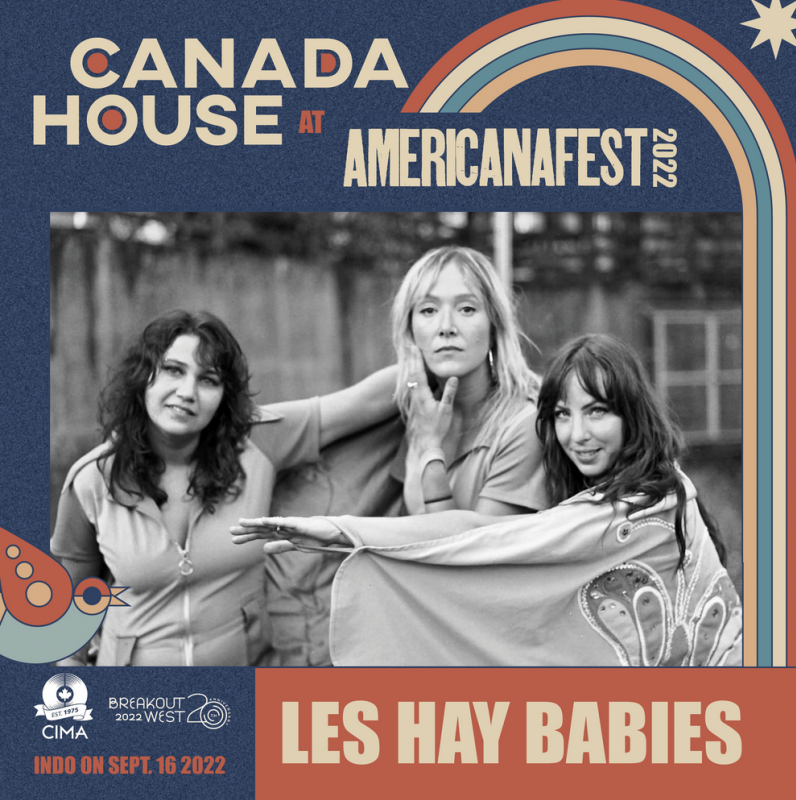 With years of touring under their belts, Les Hay Babies have mastered their instruments and have grown into well-established musicians The group’s three songwriters, switch among a variety of instruments including guitars, bass and even drums. Additionally, Les Hay Babies are surrounded by talented musicians on stage to present a fully realized concept show, as authentic as it is meticulousness. 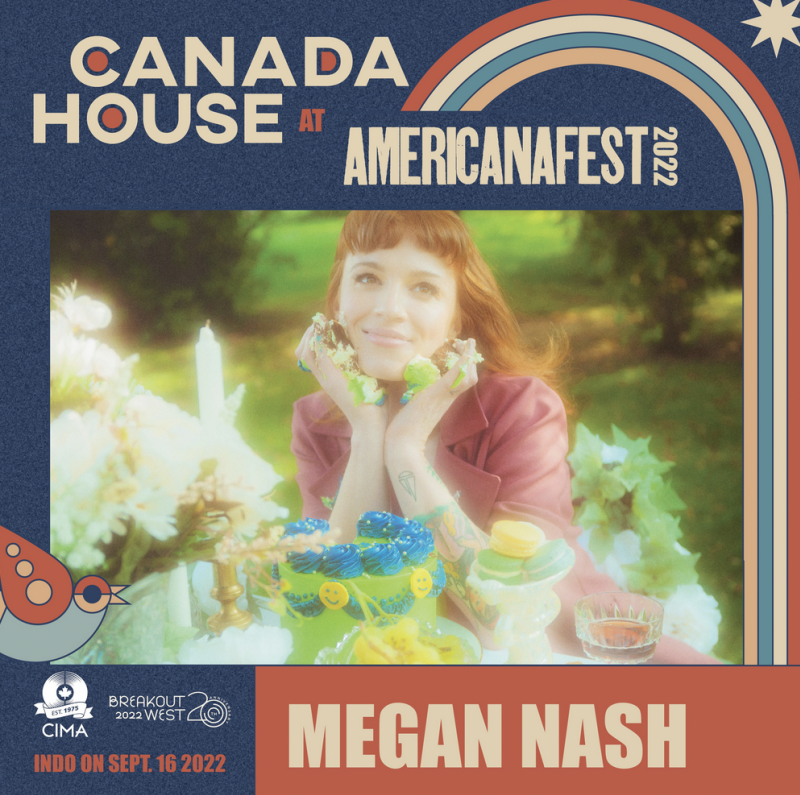 Megan Nash (she/they) lives on Treaty 4 Territory. They’ve won and been nominated for numerous awards, including a 2019 JUNO Award nomination for Contemporary Roots Album of the Year for Seeker and a 2021 Best of Moose Jaw Award for Best Musical Artist. The recognition back home is in no small part due to her long and winding history of hitting the road, where she’s done international showcases in the United States, the UK, Germany, and Estonia on top of countless gigs in Canada’s small towns and sprawling metropolises. With everyone’s health top of mind on the touring schedule to come, rest assured you’ll be able to see them—and hear Soft Focus Futures live—the minute she’s able to safely hit your town. 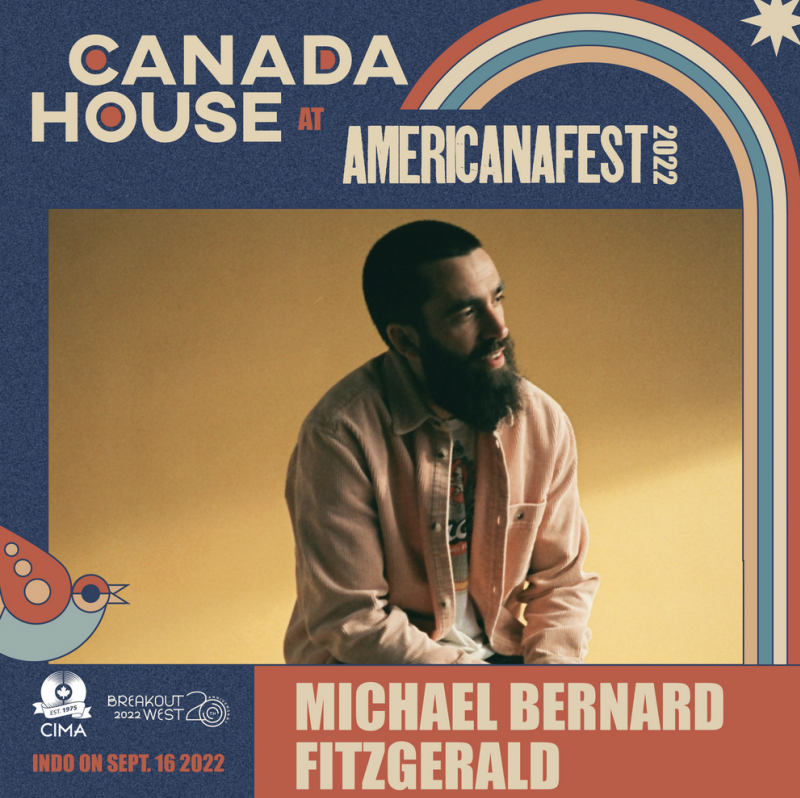 Michael Bernard Fitzgerald is a Canadian singer/songwriter who has collected an audience of fans across North America drawn to his simple honest words and genuine smile. Having released 5 full-length albums to date, Fitzgerald has spent his career since 2006 creating music, touring, developing as a songwriter, and connecting with audiences. Fitzgerald’s unique and innovative ideas coupled with his inherent warmth allow him to engage with people in a way that always leaves them meaningfully connected. 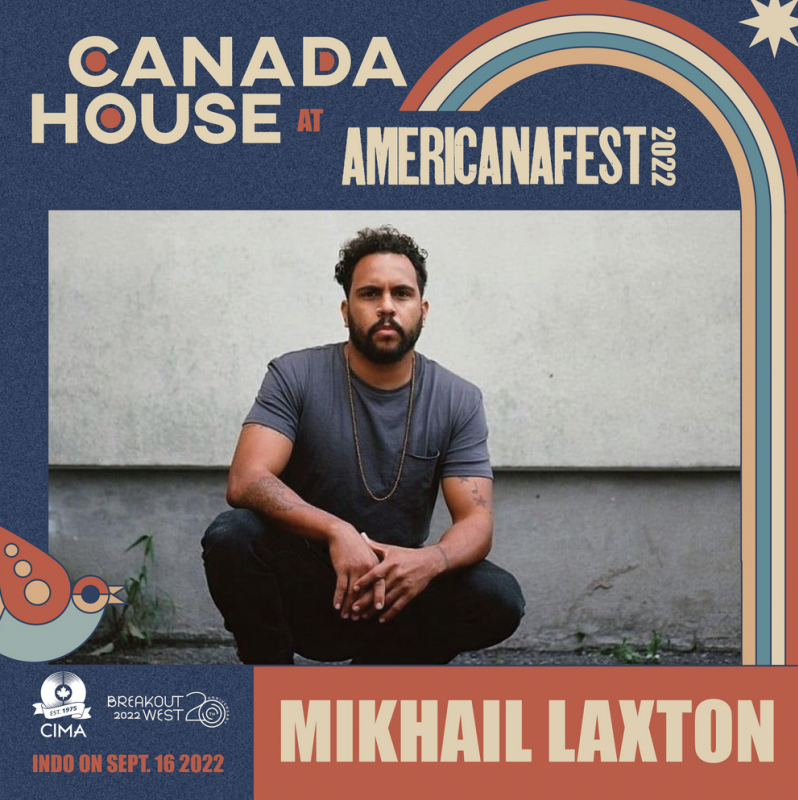 As 2020 got underway, Ottawa-based singer/songwriter Mikhail Laxton was set to open the next chapter of his life with the release of his debut EP, Real, a collection of Soul-folk gems. But what should have been the wider world’s introduction to the Australian-born artist’s immense talent—already established in his homeland through appearances on Australia’s version of The Voice—was lost in the cacophony of pandemic confusion.

Mikhail coped the only way he could, by wiping the slate clean and re-emerging with a new crop of songs drawn from the core of his being. His new album is simply entitled Mikhail Laxton, because it is who he is.

The contrast between his first EP and Mikhail Laxton is striking. On “Something That Was Gone” he takes stock of the past two years in meditative fashion, almost as if channelling Otis Redding’s “Dock Of The Bay.” “Maybe It’s A Good Thing” continues in that vein, suggesting that change always brings hope, regardless of the circumstances. Meanwhile, other tracks take Mikhail’s sound in new directions, such as the deep country-Soul of “Streams,” the sultry, vintage R&B of “Slow Motion,” and the driving rock of “Leaving You With Less.”

Not only does Mikhail Laxton fulfill the promise of his debut, it firmly establishes him as one of the most vital new voices within the Canadian music scene. No matter what genre labels are placed upon him, there can be no disputing that Mikhail Laxton has his own timeless sound, the product of a unique life experience.

CHECK OUT WHAT CIMA's DONE IN PAST YEARS AT AMERICANAFEST: 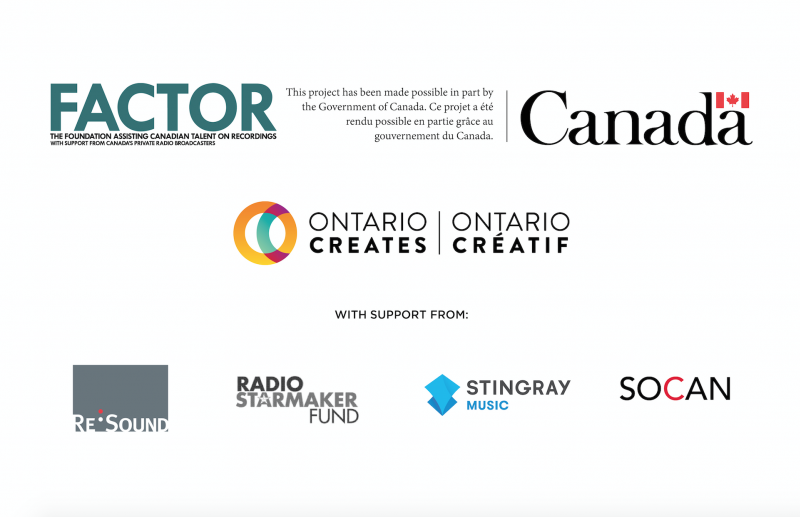